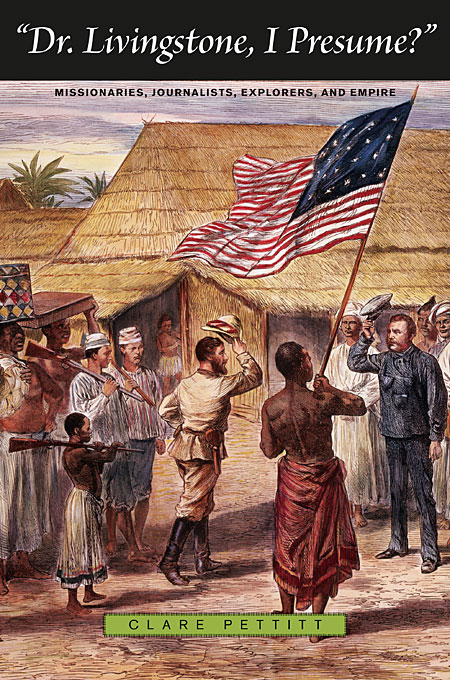 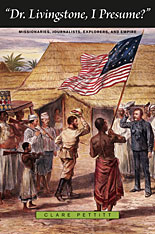 “Clare Pettitt’s vivid account of the search for the British missionary, Dr. David Livingstone and the encounter deep in the heart of Africa with the journalist Henry Stanley is a splendid piece of historical reconstruction. It is also an insightful analysis of the interaction between Christian evangelization in Africa and the emergence in the West itself of a new narrative of modernity.”—Francis Abiola Irele, Professor of Romance Languages and Literatures and of African and African American Studies, Harvard University

“This is, quite simply, remarkable. The world of missionaries and explorers, which once held center stage in the imagining of empire and the making of the modern world, comes alive powerfully in its pages. Pettitt elegantly and deftly nudges us towards a necessary engagement with the “global unconscious,” wherein old and new racisms and fundamentalisms are co-implicated as much with high-minded liberalism as with conservatism and militarism. This is a work of compelling cultural and historical explanation.”—Biodun Jeyifo, Professor of African and African American Studies, Harvard University

“[Pettitt’s] critical look at the personal lives of both men is the best précis available this side of Tim Jeal’s 1973 biography of Livingstone--and she writes with a scalpel.”—John Leonard, Harper’s

“Around the narrative of this modest but drama-filled event--a milestone in the development of the modern idea of celebrity--Pettitt weaves a story of imperialist attitudes toward the Dark Continent, Western ignorance of and ambivalence toward blacks, and the importance of newspapers in an age of enhanced communication. Her prose is vigorous, and her historical judgment is always on the mark: she also isn’t afraid to say what the historical record can’t tell us--vide the absence of evidence on the reaction of Livingstone’s African servants to their stay in England.”—David Keymer, Library Journal

“Ms. Pettitt has a great time recounting every tangential mention of the meeting in song and story while eventually fleshing out minibiographies of both participants.”—John M. Talor and Priscilla S. Taylor, Washington Times

“This is a short beautifully researched book that looks at how, through the agency of popular culture, the Stanley/Livingstone myth shaped the West’s ideas about Africa and about the other, and even contributed to misunderstandings between Christianity and Islam.”—George Fetherling, Seven Oaks

“This entertaining and instructive book sets the Tanzanian encounter between the Scottish explorer David Livingstone and the American journalist Henry Morton Stanley in the broad context of British imperialism, Anglo-American rivalry and reconciliation, and the rise of a transatlantic cult of celebrity.”—Foreign Affairs

“Since 1871, countless books, songs, movies, and mementoes have commemorated this iconic cultural event, which retains relevance to some of the largest, most complex issues today: the growth of celebrity culture, technology and the transformation of social relations, and the tricky relationship between the U.S. and Britain. Pettitt lucidly considers the ironies, misperceptions, and complexities of the Stanley-Livingstone encounter.”—G. M. Stearns, Choice