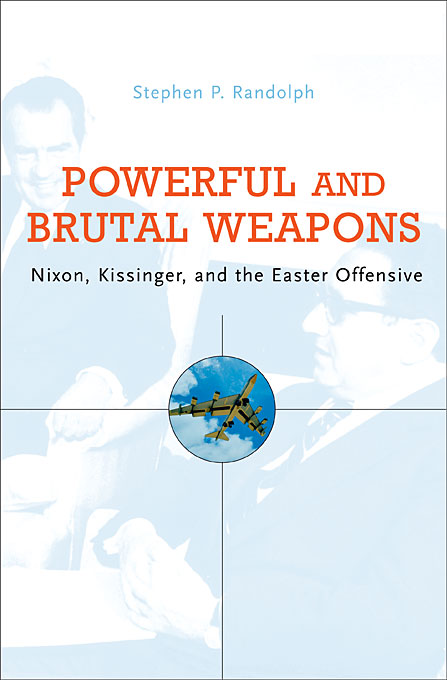 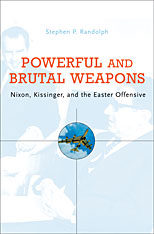 Nixon, Kissinger, and the Easter Offensive

As America confronts an unpredictable war in Iraq, Stephen Randolph returns to an earlier conflict that severely tested our civilian and military leaders. In 1972, America sought to withdraw from Vietnam with its credibility intact. As diplomatic negotiations were pursued in Paris, President Richard Nixon and National Security Advisor Henry Kissinger hoped that gains on the battlefield would strengthen their position at the negotiating table—working against the relentless deadline of a presidential election year.

In retaliation for a major North Vietnamese offensive breaking over the Easter holidays, the President launched the all-out air campaign known as Linebacker—overriding his Secretary of Defense and clashing with the theater commander in whom he had lost all confidence. He intended to destroy the enemy with the full force of America’s “powerful and brutal weapons” and thus shape the endgame of the war. Randolph’s narrative, based not only on the Nixon White House tapes and newly declassified materials from the National Security Council, the Pentagon, and the White House but also on never before used North Vietnamese sources, re-creates how North Vietnam planned and fought this battle from Hanoi and how the U.S. planned and fought it from Washington.

Randolph’s intimate chronicle of Nixon’s performance as Commander-in-Chief gains us unprecedented access to how strategic assessments were made, transmitted through the field of command, and played out in combat and at the negotiating table. It is a compelling story about America’s military decision-making in conflicts with nontraditional belligerents that speaks provocatively to our own time.