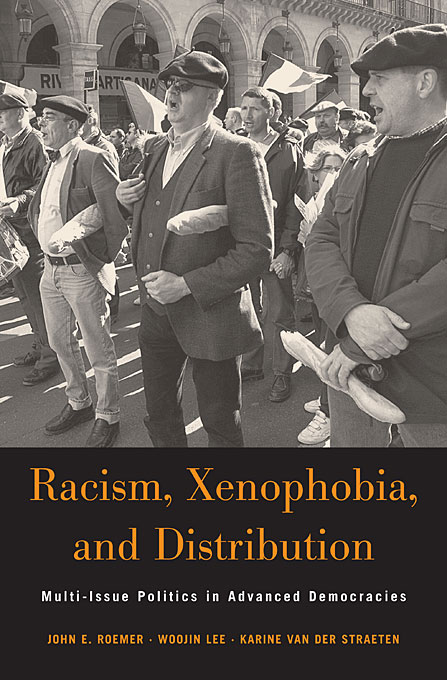 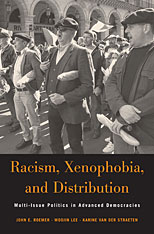 From the Republican Party’s “Southern Strategy” in the U.S. to the rise of Le Pen’s National Front in France, conservative politicians in the last thirty years have capitalized on voters’ resentment of ethnic minorities to win votes and undermine government aid to the poor. In this book, the authors construct a theoretical model to calculate the effect of voters’ attitudes about race and immigration on political parties’ stances on income distribution.

Drawing on empirical data from the U.S., Britain, Denmark, and France, they use their model to show how parties choose their platforms and compete for votes. They find that the Right is able to push fiscal policies that hurt working and middle class citizens by attracting voters who may be liberal on economic issues but who hold conservative views on race or immigration. The authors estimate that if all voters held non-racist views, liberal and conservative parties alike would have proposed levels of redistribution 10 to 20 percent higher than they did. Combining historical analysis and empirical rigor with major theoretical advances, the book yields fascinating insights into how politicians exploit social issues to advance their economic agenda.