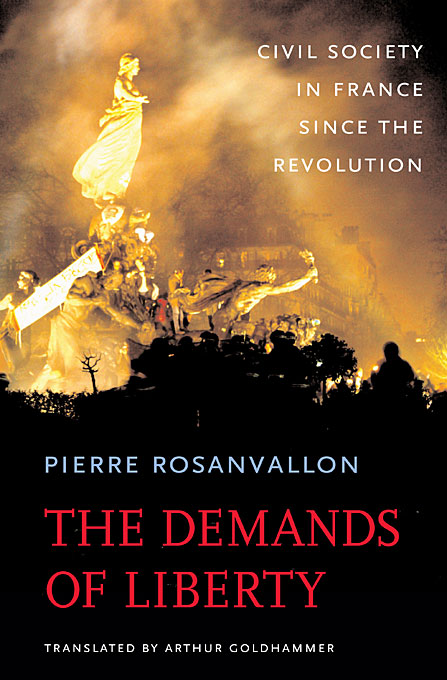 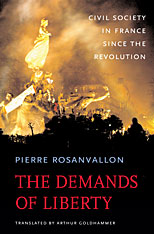 The Demands of Liberty

Civil Society in France since the Revolution

How does France reconcile the modern movement toward pluralism and decentralization with a strong central governing power? One of the country’s most distinguished political historians offers a radical new interpretation of the development of democracy in France and the relationship between government and its citizens.

Since the publication of Tocqueville’s Ancient Regime and the Revolution, French political structures have been viewed as the pure expression of a native Jacobinism, itself the continuation of an old absolutism. This interpretation has served as both a diagnosis of and an excuse for the inability to accept pluralism and decentralization as norms of a modern democracy, as evidenced in such policies as the persistence of the role of prefects and the ban on headscarves in schools.

Pierre Rosanvallon, by contrast, argues that the French have cherished and demonized Jacobinism at the same time; their hearts followed Robespierre, but their heads turned toward Benjamin Constant. The Demands of Liberty traces the long history of resistance to Jacobinism, including the creation of associations and unions and the implementation of elements of decentralization. Behind the ideological triumph of the state lies the conflicting creation of an active civil society.

In exploring these tensions, Rosanvallon takes the debate far beyond traditional views of liberalism versus republicanism and offers an innovative analysis of why the French system has worked despite Jacobinism.