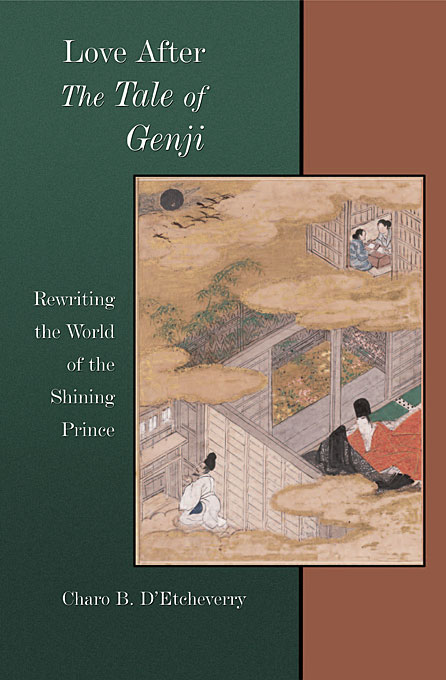 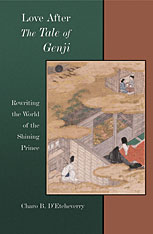 Love after The Tale of Genji

Rewriting the World of the Shining Prince

The eleventh-century masterpiece The Tale of Genji casts a long shadow across the literary terrain of the Heian period (794–1185). It has dominated critical and popular reception of Heian literary production and become the definitive expression of the aesthetics, poetics, and politics of life in the Heian court.

But the brilliance of Genji has eclipsed the works of later Heian authors, who have since been displaced from the canon and relegated to critical obscurity.

Charo B. D’Etcheverry calls for a reevaluation of late Heian fiction by shedding new light upon this undervalued body of work. D’Etcheverry examines three representative texts—The Tale of Sagoromo, The Tale of the Hamamatsu Middle Counselor, and Nezame at Night—as legitimate heirs to the literary legacy of Genji and as valuable indexes to the literary tastes and readerly expectations that evolved over the Heian period.

Balancing careful analyses of plot, character, and motif with keen insights into the cultural and political milieu of the late Heian period, D’Etcheverry argues that we should read such works not as mere derivatives of a canonical text, but as dynamic fictional commentaries and variations upon the tropes and subplots that continue to resonate with readers of Genji.