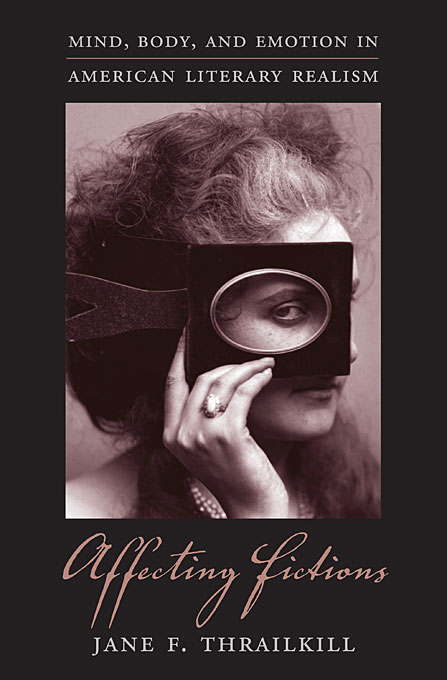 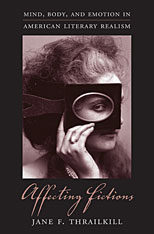 What happens when the cerebral—that is, theories of literature and of affect—encounters the corporeal, the human body? In this study by Jane Thrailkill, what emerges from the convergence is an important vision of late-nineteenth-century American realist literature and the role of emotion and physiology in literary criticism.

Affecting Fictions offers a new understanding of American literary realism that draws on neuroscience and cognitive psychology. Thrailkill positions herself against the emotionless interpretations of the New Critics. Taking as her point of departure realist works of medicine, psychology, and literature, she argues that nineteenth-century readers and critics would have taken it for granted that texts engaged both mind and body. Feeling, she writes, is part of interpretation.

Examining literary works by Henry James, Kate Chopin, Charlotte Perkins Gilman, and Oliver Wendell Holmes, Thrailkill explores the connections among the aesthetic, emotion, consciousness, and the body in readings that illuminate lesser-known works such as “Elsie Venner” and that resuscitate classics such as “The Yellow Wallpaper.”

Focusing on pity, fear, nervousness, pleasure, and wonder, Thrailkill makes an important contribution to the growing body of critical work on affect and aesthetics, presenting a case for the indispensability of emotions to the study of fiction.