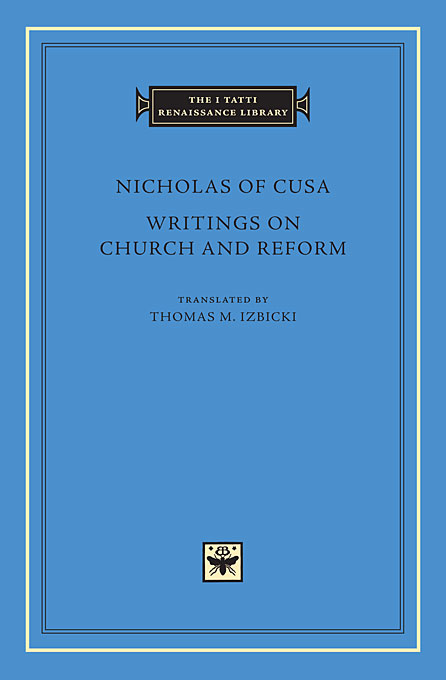 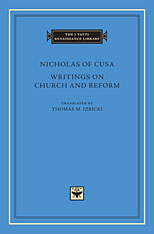 The I Tatti Renaissance Library 33

Writings on Church and Reform

Nicholas of Cusa (1401–1464), widely considered the most important original philosopher of the Renaissance, was born in Kues on the Moselle River. A polymath who studied canon law and became a cardinal of the Roman Catholic Church, he wrote principally on speculative theology, philosophy, and church politics. As a political thinker he is best known for De concordantia catholica, which presented a blueprint for peace in an age of ecclesiastical discord.

This volume makes most of Nicholas’s other writings on Church and reform available in English for the first time, including legal tracts arguing the case of Pope Eugenius IV against the conciliarists, theological examinations of the nature of the Church, and writings on reform of the papacy and curia. Among the works translated are an early draft of De concordantia catholica and the Letter to Rodrigo Sánchez de Arévalo, which discusses the Church in light of the Cusan idea of “learned ignorance.”