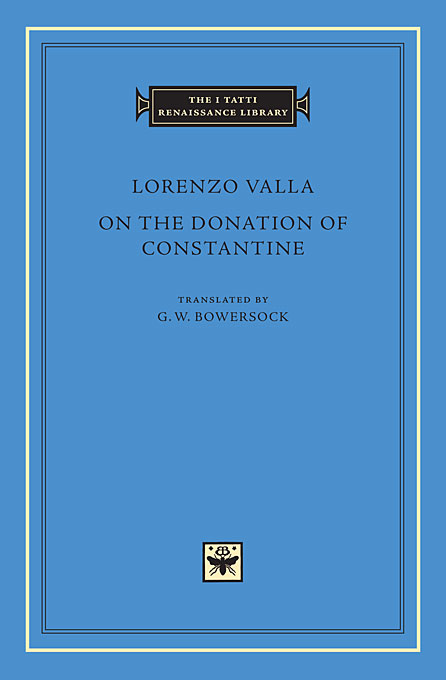 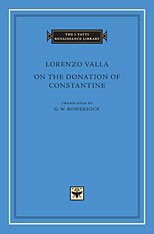 The I Tatti Renaissance Library 24

On the Donation of Constantine

Lorenzo Valla (1407–1457) was the most important theorist of the humanist movement. He wrote a major work on Latin style, On Elegance in the Latin Language, which became a battle-standard in the struggle for the reform of Latin across Europe, and Dialectical Disputations, a wide-ranging attack on scholastic logic. His most famous work is On the Donation of Constantine, an oration in which Valla uses new philological methods to attack the authenticity of the most important document justifying the papacy’s claims to temporal rule. It appears here in a new translation with introduction and notes by G. W. Bowersock, based on the critical text of Wolfram Setz (1976). This volume also includes a text and translation of the Constitutum Constantini, commonly known as the Donation of Constantine.

Bowersock’s English translation of On the Donation of Constantine is also available in a paperback edition.