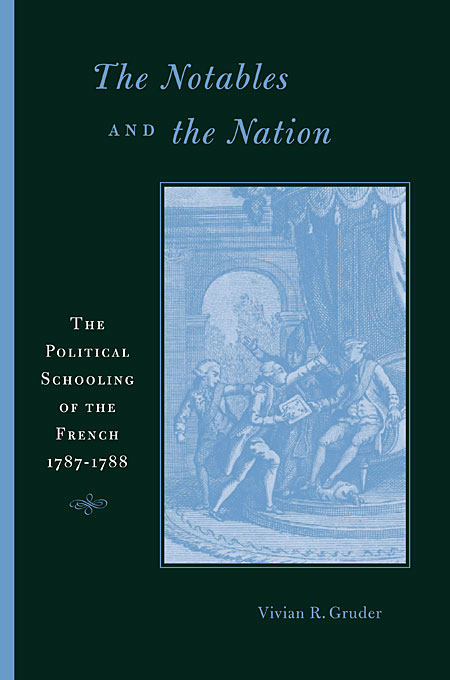 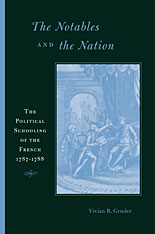 The Notables and the Nation

The ending of absolute, centralized monarchy and the beginning of political combat between nobles and commoners make the years 1787 to 1788 the first stage of the French Revolution. In a detailed examination of this critical transition, Vivian Gruder examines how the French people became engaged in a movement of opposition that culminated in demands for the public’s role in government.

Gruder traces the growing involvement of the French people in the public issues of the day, leading to increased politicization. The debates of the Assembly of Notables in early 1787 aroused public support against the monarchy and in late 1788 confirmed public opposition to the nobility. The media—including newspapers and newsletters, pamphlets, literary societies, songs, iconography, and festive activities—disseminated messages of opposition and gave voice to popular aspirations for change. At hundreds of community assemblies throughout France in late 1788, people showed remarkable astuteness about such political issues as voting and representation and demonstrated a capacity for mobilization.

The Notables and the Nation contributes to a renewed interest in the political origins of the French Revolution. It argues that a “bourgeois” revolution did take place as a movement for political aspirations, and invites us to witness the birth of popular representative government.