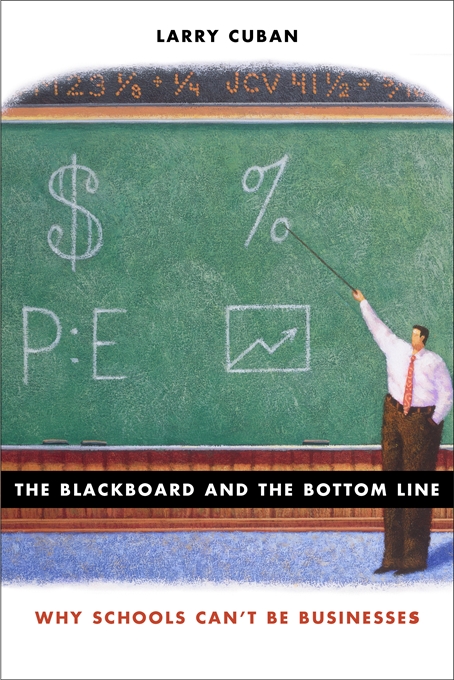 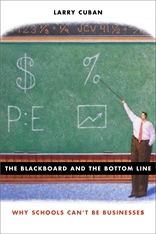 The Blackboard and the Bottom Line

Why Schools Can't Be Businesses

“Ford Motor Company would not have survived the competition had it not been for an emphasis on results. We must view education the same way,” the U.S. Secretary of Education declared in 2003. But is he right? In this provocative new book, Larry Cuban takes aim at the alluring cliché that schools should be more businesslike, and shows that in its long history in business-minded America, no one has shown that a business model can be successfully applied to education.

In this straight-talking book, one of the most distinguished scholars in education charts the Gilded Age beginnings of the influential view that American schools should be organized to meet the needs of American businesses, and run according to principles of cost-efficiency, bottom-line thinking, and customer satisfaction.

Not only are schools by their nature not businesslike, Cuban argues, but the attempt to run them along business lines leads to dangerous over-standardization—of tests, and of goals for our children. Why should we think that there is such a thing as one best school? Is “college for all” achievable—or even desirable? Even if it were possible, do we really want schools to operate as bootcamps for a workforce? Cuban suggests that the best business-inspired improvement for American education would be more consistent and sustained on-the-job worker training, tailored for the job to be done, and business leaders’ encouragement—and adoption—of an ethic of civic engagement and public service.