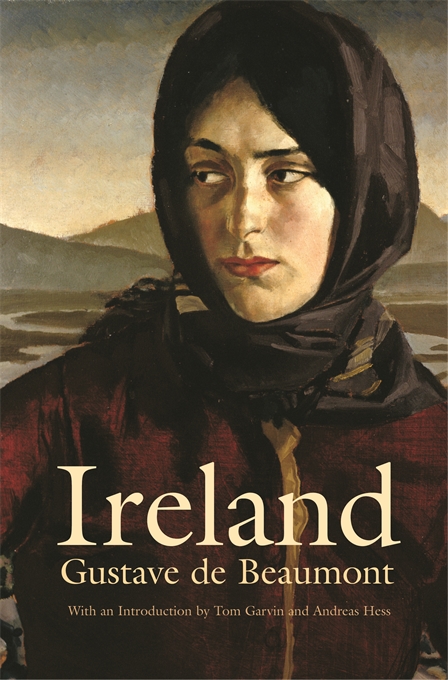 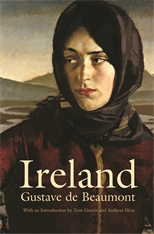 Paralleling his friend Alexis de Tocqueville’s visit to America, Gustave de Beaumont traveled through Ireland in the mid-1830s to observe its people and society. In Ireland, he chronicles the history of the Irish and offers up a national portrait on the eve of the Great Famine. Published to acclaim in France, Ireland remained in print there until 1914. The English edition, translated by William Cooke Taylor and published in 1839, was not reprinted.

In a devastating critique of British policy in Ireland, Beaumont questioned why a government with such enlightened institutions tolerated such oppression. He was scathing in his depiction of the ruinous state of Ireland, noting the desperation of the Catholics, the misery of repeated famines, the unfair landlord system, and the faults of the aristocracy. It was not surprising the Irish were seen as loafers, drunks, and brutes when they had been reduced to living like beasts. Yet Beaumont held out hope that British liberal reforms could heal Ireland’s wounds.

This rediscovered masterpiece, in a single volume for the first time, reproduces the nineteenth-century Taylor translation and includes an introduction on Beaumont and his world. This volume also presents Beaumont’s impassioned preface to the 1863 French edition in which he portrays the appalling effects of the Great Famine.

A classic of nineteenth-century political and social commentary, Beaumont’s singular portrait offers the compelling immediacy of an eyewitness to history.