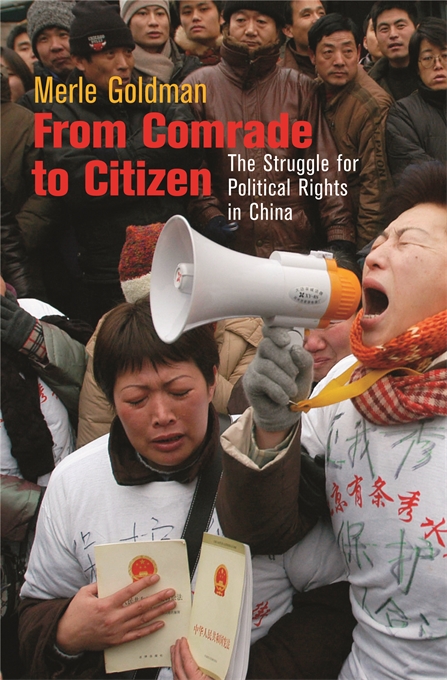 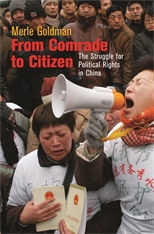 From Comrade to Citizen

The Struggle for Political Rights in China

“Goldman’s new book offers invaluable analysis of Chinese history during the last two decades. She shows how the increasingly organized struggle for democracy and rights under Chinese and international law has broadened out from the dissident urban intellectuals—who are still a tiny, constantly persecuted group—and has come to include mass demonstrations of peasants and workers.”—Jonathan Mirsky, The New York Review of Books

“As Ms. Goldman sees it, many Chinese intellectuals and a growing number of ordinary people are casting off their role of ‘comrades’ and beginning to view themselves as citizens, with rights to be defended and asserted. In quick but sure sketches, Ms. Goldman describes the results of this growing consciousness. Some events are better known, such as the Democracy Wall movement in 1978–79, when writers posted critiques on a wall in downtown Beijing, or the 1989 Tiananmen Square demonstrations. But the events of the past decade have not been given a historian’s treatment, and this is the most valuable part of Ms. Goldman’s book.”—Ian Johnson, The Wall Street Journal

“Merle Goldman…has been the best in her field for decades, and most people who have followed in her footsteps have a deep respect for her work, which she started when it was far from fashionable. Her new book is a very stimulating presentation of the pro-democracy movement—which she prefers to characterize as the march towards citizenship—since Mao’s death. It is well documented, and every important instance of dissent, every influential petition demanding a reform of the political system is reviewed, which makes her work particularly useful for specialists who have not followed the events which official history tends to neglect, and for the students who want to understand the political dynamics of the reform period… This book is the best that has been published in English on the subject to this day, and whoever wants to understand Chinese politics during the reform era must read it.”—Jean-Philippe Béja, China Quarterly

“Professor Goldman has performed an invaluable service by weaving together all the different strands of Chinese society—peasants, workers, intellectuals, political activists and internet bloggers and writers—who have challenged the political stasis.”—Jasper Becker, Pacific Affairs

“A well-written and balanced portrayal of dissent and opposition in contemporary China, From Comrade to Citizen adds to the strong body of work that Goldman has produced throughout her career.”—Bruce J. Dickson, author of Red Capitalists in China

“This thoughtful and important book tells us much about the changing shape of the intellectual community in China, the concerns and political strategies of intellectuals, and their relationship with both the political center and the people. As one would expect with a veteran observer of Chinese affairs, Merle Goldman tells the story with a sharp eye and compelling writing.”—Joseph Fewsmith, author of China since Tiananmen