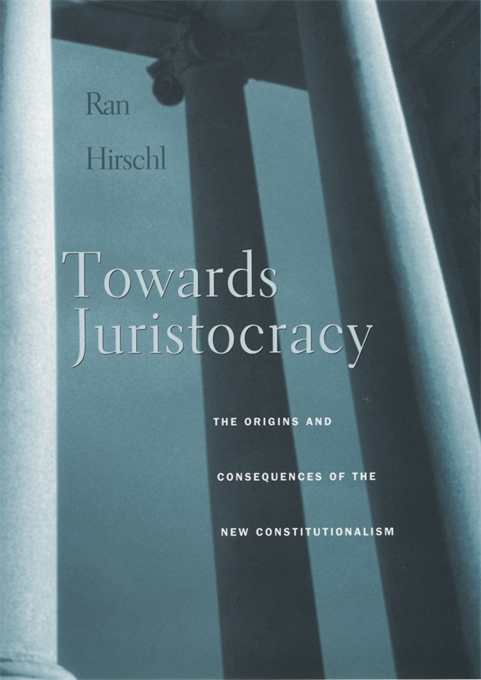 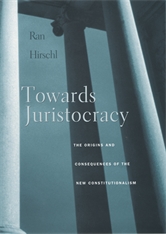 The Origins and Consequences of the New Constitutionalism

In countries and supranational entities around the globe, constitutional reform has transferred an unprecedented amount of power from representative institutions to judiciaries. The constitutionalization of rights and the establishment of judicial review are widely believed to have benevolent and progressive origins, and significant redistributive, power-diffusing consequences. Ran Hirschl challenges this conventional wisdom.

Drawing upon a comprehensive comparative inquiry into the political origins and legal consequences of the recent constitutional revolutions in Canada, Israel, New Zealand, and South Africa, Hirschl shows that the trend toward constitutionalization is hardly driven by politicians’ genuine commitment to democracy, social justice, or universal rights. Rather, it is best understood as the product of a strategic interplay among hegemonic yet threatened political elites, influential economic stakeholders, and judicial leaders. This self-interested coalition of legal innovators determines the timing, extent, and nature of constitutional reforms.

Hirschl demonstrates that whereas judicial empowerment through constitutionalization has a limited impact on advancing progressive notions of distributive justice, it has a transformative effect on political discourse. The global trend toward juristocracy, Hirschl argues, is part of a broader process whereby political and economic elites, while they profess support for democracy and sustained development, attempt to insulate policymaking from the vicissitudes of democratic politics.