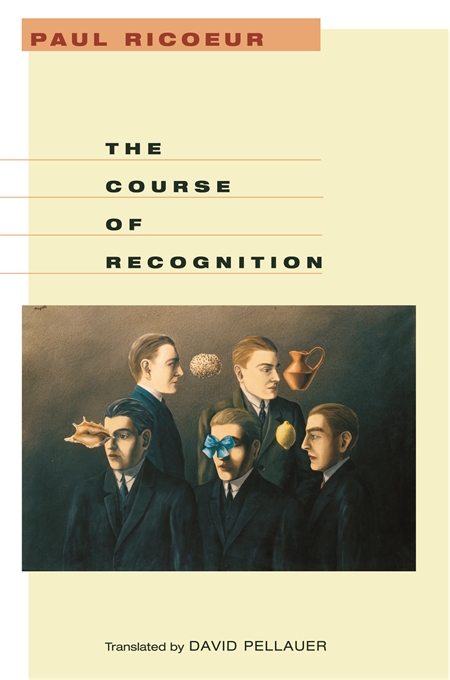 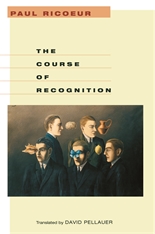 The Course of Recognition

Recognition, though it figures profoundly in our understanding of objects and persons, identity and ideas, has never before been the subject of a single, sustained philosophical inquiry. This work, by one of contemporary philosophy’s most distinguished voices, pursues recognition through its various philosophical guises and meanings—and, through the “course of recognition,” seeks to develop nothing less than a proper hermeneutics of mutual recognition.

Originally delivered as lectures at the Institute for the Human Sciences at Vienna, the essays collected here consider recognition in three of its forms. The first chapter, focusing on knowledge of objects, points to the role of recognition in modern epistemology; the second, concerned with what might be called the recognition of responsibility, traces the understanding of agency and moral responsibility from the ancients up to the present day; and the third takes up the problem of recognition and identity, which extends from Hegel’s discussion of the struggle for recognition through contemporary arguments about identity and multiculturalism. Throughout, Paul Ricœur probes the significance of our capacity to recognize people and objects, and of self-recognition and self-identity in relation to the gift of mutual recognition. Drawing inspiration from such literary texts as the Odyssey and Oedipus at Colonus, and engaging some of the classic writings of the Continental philosophical tradition—by Kant, Hobbes, Hegel, Augustine, Locke, and Bergson—The Course of Recognition ranges over vast expanses of time and subject matter and in the process suggests a number of highly insightful ways of thinking through the major questions of modern philosophy.