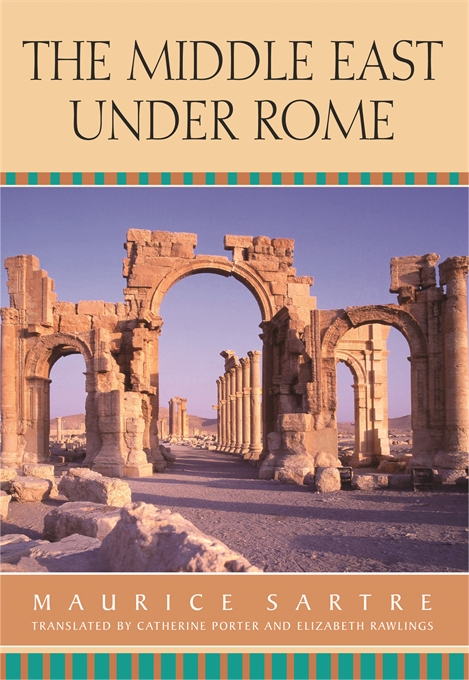 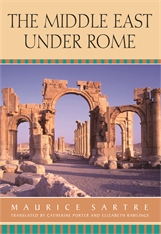 The Middle East under Rome

The ancient Middle East was the theater of passionate interaction between Phoenicians, Aramaeans, Arabs, Jews, Greeks, and Romans. At the crossroads of the Mediterranean, Mesopotamia, and the Arabian peninsula, the area dominated by what the Romans called Syria was at times a scene of violent confrontation, but more often one of peaceful interaction, of prosperous cultivation, energetic production, and commerce—a crucible of cultural, religious, and artistic innovations that profoundly determined the course of world history.

Maurice Sartre has written a long overdue and comprehensive history of the Semitic Near East (modern Syria, Lebanon, Jordan, and Israel) from the eve of the Roman conquest to the end of the third century C.E. and the dramatic rise of Christianity. Sartre’s broad yet finely detailed perspective takes in all aspects of this history, not just the political and military, but economic, social, cultural, and religious developments as well. He devotes particular attention to the history of the Jewish people, placing it within that of the whole Middle East.

Drawing upon the full range of ancient sources, including literary texts, Greek, Latin, and Semitic inscriptions, and the most recent archaeological discoveries, The Middle East under Rome will be an indispensable resource for students and scholars. This absorbing account of intense cultural interaction will also engage anyone interested in the history of the Middle East.