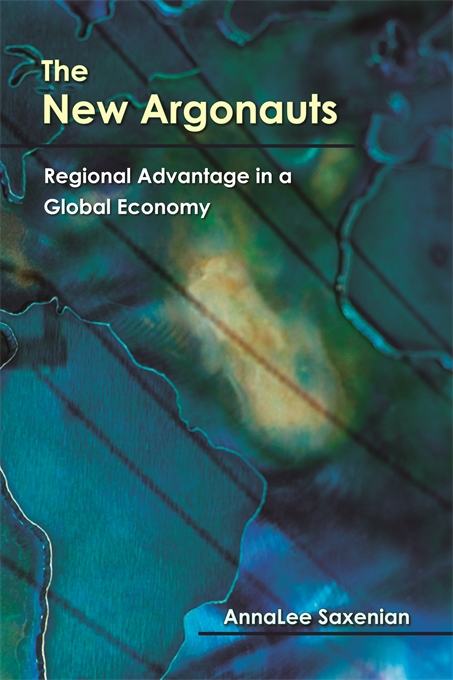 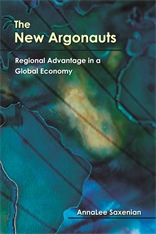 Regional Advantage in a Global Economy

“Remarkable… There is probably no more experienced and astute chronicler of the advent of the Silicon Valley ecosystem than AnnaLee Saxenian… This will be a much discussed and cited book, and deservedly so. It has focused our attention on a potentially decisive phenomenon for 21st century economic development.”—Michael Storper, Journal of Economic Geography

“This book will change the world’s perception of the global digital divide. Without denying existing patterns of inequality, it demonstrates the shift from ‘brain drain’ to ‘brain circulation’ in the new international division of labor based on technological innovation. It offers reasonable hope to people and countries around the world of sharing the potential of the information technology revolution rather than reproducing the traditional hierarchies. In this new perspective, Silicon Valley, China, Taiwan, Israel, and India are intertwined in the manufacturing of a new global knowledge economy.”—Manuel Castells Olivan, Open University of Catalonia

“Saxenian’s thrilling first book, Regional Advantage, described how Silicon Valley became the information technology center of the universe. The New Argonauts shows how engineers who came to Silicon Valley from China, India, Taiwan, and Israel are creating entrepreneurial networks and seeding those countries, transforming what was once a brain drain into brain circulation, and allowing Silicon Valley to deepen its managerial, technical and professional know-how. The New Argonauts is a winner.”—Charles Perrow, Professor Emeritus of Sociology, Yale University

“AnnaLee Saxenian has long been the leading observer of Silicon Valley’s ‘entrepreneurial ecosystem.’ She now follows her classic studies of Silicon Valley with this remarkable volume in which she employs her unique blend of economic, sociological, and business expertise to bring to life the New Argonauts—world-class engineers and entrepreneurs from newly emerging economies who are creating new centers of high-tech excellence around the globe, while also transforming Silicon Valley. This book is essential reading for all who want to understand how the global technology economy operates in the 21st century.”—Jeffrey D. Sachs, Director, Earth Institute at Columbia University