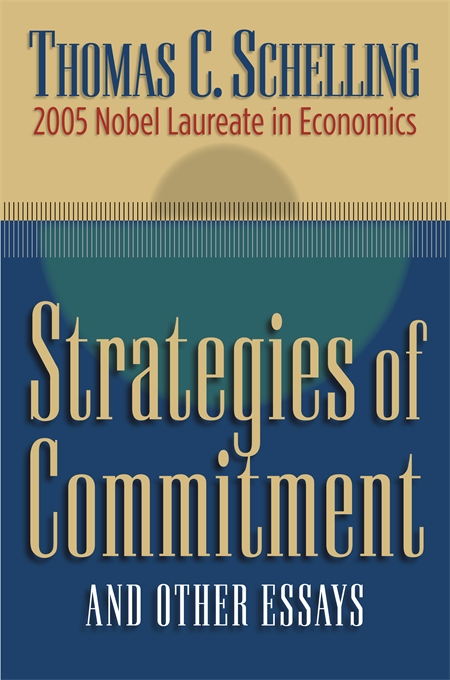 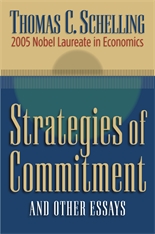 Strategies of Commitment and Other Essays

“Thomas Schelling, 2005 Nobel laureate in economics, is interested in the strategies—rational, irrational, mean, kind—that people use to constrain their behavior. In these essays, he looks at addiction, temptation and resolve, as well as the use of threats, promises and bluffing. What’s fascinating is that he applies his analysis of these strategies not only to individual behavior but also to critical issues like race relations, abortion and the behavior of nations—for example, international agreements to reduce greenhouse gases. Schelling is that rarest of creatures, an economist who writes clearly, takes on practical questions and thinks them through alongside his reader. He is delightful to read.”—Susan Salter Reynolds, The Los Angeles Times

“[Schelling] offers informative perspectives on a wide range of topics… Anyone interested in the behaviors of individual or societies will find many of the pieces thought-provoking.”—Science

“Whether by accident or design, this collection of essays is well timed to celebrate Thomas Schelling’s winning the 2005 Nobel Prize in Economics. With one minor exception all the essays have been published previously. On the scale of Schelling’s long career, most are relatively recent productions. All the characteristic features of his work—the breadth of his interests, the originality and creativity of his theorizing, the intellectual rigor of his policy analysis and the freshness and clarity of his writing—are on display. The title essay is an elegant reprise of the work for which Schelling is best known among his fellow economists: the study of strategy commitment. Several essays explore the possibilities of commitment as a mechanism of self-control. Schelling treats the individual as a collection of selves, interacting strategically with one another. He writes with empathy and imagination about the strategies by which one self tries to forestall choices that another self will want to make, and the countervailing strategies by which the latter tries to evade the constraints imposed by the former.”—Robert Sugden, The Times Higher Education Supplement

“In recent decades a few ambitious and imaginative economists have tried to break the surly bonds of statistics and produce ideas all of us can understand and maybe use. Among these noble warriors against the evils of obscurantism, Thomas C. Schelling has established himself as the champion… Schelling’s new book, Strategies of Commitment and Other Essays, takes us on a readable tour through the concerns of a major academic career.”—Robert Fulford, National Post