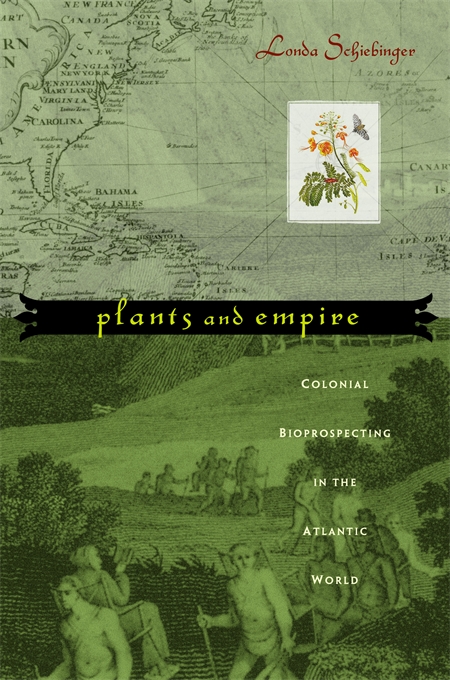 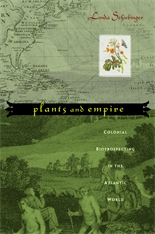 Colonial Bioprospecting in the Atlantic World

“Plants and Empire presents a subtle and compelling explanation for why knowledge of West Indian abortifacients was not taken up by scientists in Europe. More broadly, Schiebinger illustrates the explanatory power of agnotology. Her study of scientific ignorance demonstrates that understanding what scientists do not know is just as important as understanding what they do know.”—Stuart McCook, Science

“[A] fascinating study… Schiebinger has read widely in the natural-historical and medical literature of the period, and she writes engagingly, bringing to life many of the chief protoganists. This book ought to be essential reading for anyone interested in the relationship between science and empire.”—Mark Harrison, American Historical Review

“This is a curious book. The heart of it tries to explain why something did not happen… [Schiebinger’s] focus is, as she puts it, ‘the nontransfer of important bodies of knowledge from the New World into Europe.’ It is, then, a study in ‘agnotology,’ that is, of ‘culturally induced ignorances.’ The study of things that did not happen and of ignorances does not sound promising, but Schiebinger has written an entertaining book that raises some interesting questions, and for people passionate about the history of fertility control, no doubt, an important book.”—J. R. McNeill, H-Net

“Londa Schiebinger’s ambitious, eminently readable new book focuses on ‘the long eighteenth century’ when botany reigned as queen of the colonial sciences… Hopefully, Schiebinger’s intellectual voyage beyond Europe’s borders will lead many others to recognize the fundamental importance of knowledge formation—and non-formation—on the colonial ‘periphery’ of the Atlantic World.”—Gregory T. Cushman, Journal of the History of Medicine

“Londa Schiebinger’s scholarly study covers botanical exploration during what the author calls ‘the long eighteenth century’: from the 1670s until about 1802. This was a period of dawning European recognition that the real treasures of the New World lay not in fabled cities of gold but in the vines, bushes, and flowers that crowded village gardens and grew in the jungles beyond… Schiebinger’s thoughtful study, then, sheds light not only on how new knowledge comes to be, but also on how some new knowledge comes to be ignored.”—Natural History

“A rich, innovative analysis—laced with poignant vignettes of the lives of travelers, lovers, colonists, and slaves—of how gender structured the science of botany in the age of mercantilist empires. This book sheds light on how the knowledge of plants of Caribbean Amerindians and slaves moved into Northern European gardens and salons and back again into colonial plantations worldwide. Most importantly, it illuminates how this very knowledge was actively suppressed when it proved threatening to the gendered foundations of power at the European core.”—Jorge Cañizares-Esguerra, State University of New York at Buffalo

“Plants and Empire shows how botany and slavery, cruelty and courage, curiosity and capitalism all converged on one beautiful ‘peacock flower’—the ornament of European gardens, a sought-after medicament, and an abortifacient for slave women who refused to bear children into inhuman bondage. This book is rich in information and insights about how plants have transformed our world; it is above all rich in stories about the people who hunted and used them, splendidly told.”—Lorraine Daston, Max Planck Institute for the History of Science

“Schiebinger brings humble plants—peacock flowers and sassafras trees—into the dark and poignant heart of eighteenth century colonial encounters and into the modern history of cultural exchange. Desperate to extract some botanical knowledge from native peoples, Europeans were equally anxious to suppress other medicines—most notably, the abortifacients with which slaves sought to cheat their master of property and through which European women might also seek to rob the mercantalist state of population. Bioprospecting was a deeply troubled enterprise. This is a morally serious book for anyone interested in the globalization of ‘intellectual property.’”—Thomas Laqueur, University of California, Berkeley