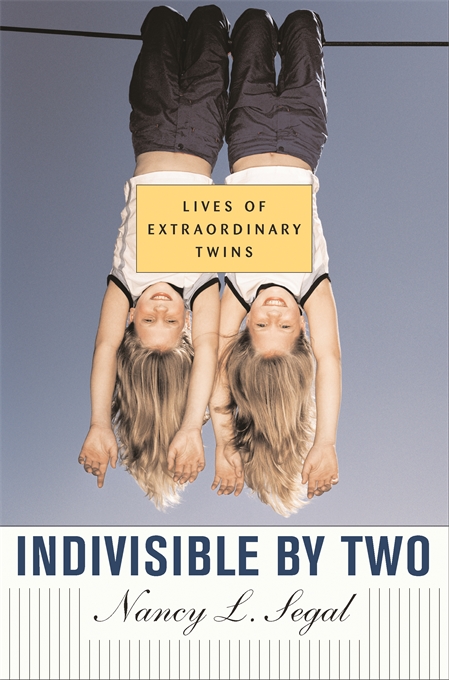 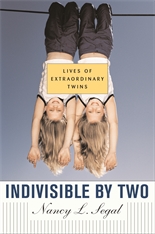 A leading expert on twins delves into the stories behind her research to reveal the profound joys and real-life traumas of twelve remarkable sets of twins, triplets, and quadruplets.

Indivisible by Two introduces us to an assortment of memorable characters, from the “Fireman Twins”—brothers who, though reared separately, are astonishingly similar in personality and behavioral traits—to the twin sisters who overcame one twin’s infertility by having the other serve as her surrogate mother. We meet one of the few identical brother–sister pairs in the world after one of two sisters was surgically transformed into a man, and identical triplet brothers, only one of whom is gay while the others are straight. We see uniquely blended families—identical twin brothers marrying identical twin sisters, and Chinese twins adopted by different Canadian families yet raised as sisters.

Being a twin can also render the experience of historical tragedy uniquely painful. We meet Stepha and Annetta, survivors of Josef Mengele’s heinous experiments in Auschwitz, and untangle the troubled lifelong tie between Jack and Oskar, born in the 1930s to a Jewish father and a German Gentile mother, one raised as a Jew in Trinidad and the other as a Catholic and a member of the Hitler Youth in Nazi Germany.

Nancy Segal unravels these stories and others with an eye for the challenges that life as a twin (or triplet or quadruplet) can pose to parents, friends, and spouses, as well as the twins themselves. These moving stories remind us how incompletely any theory explains real life—twin or not.