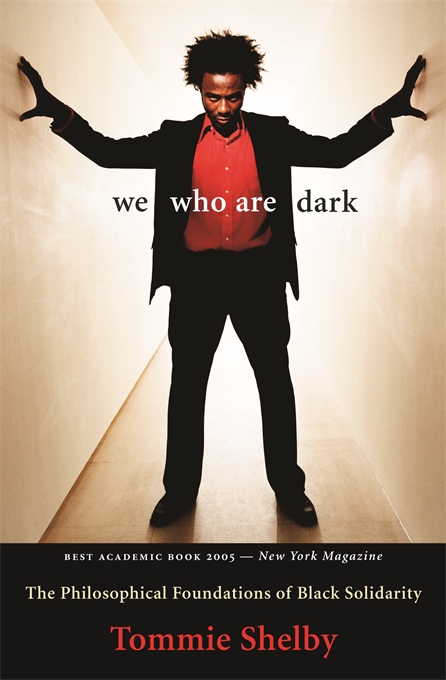 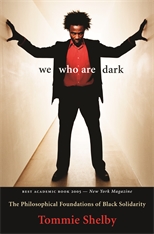 We Who Are Dark

The Philosophical Foundations of Black Solidarity

African American history resounds with calls for black unity. From abolitionist times through the Black Power movement, it was widely seen as a means of securing a full share of America’s promised freedom and equality. Yet today, many believe that black solidarity is unnecessary, irrational, rooted in the illusion of “racial” difference, at odds with the goal of integration, and incompatible with liberal ideals and American democracy. A response to such critics, We Who Are Dark provides the first extended philosophical defense of black political solidarity.

Tommie Shelby argues that we can reject a biological idea of race and agree with many criticisms of identity politics yet still view black political solidarity as a needed emancipatory tool. In developing his defense of black solidarity, he draws on the history of black political thought, focusing on the canonical figures of Martin R. Delany and W. E. B. Du Bois, and he urges us to rethink many traditional conceptions of what black unity should entail. In this way, he contributes significantly to the larger effort to re-envision black politics and to modernize the objectives and strategies of black freedom struggles for the post–civil rights era. His book articulates a new African American political philosophy—one that rests firmly on anti-essentialist foundations and, at the same time, urges a commitment to defeating racism, to eliminating racial inequality, and to improving the opportunities of those racialized as “black.”