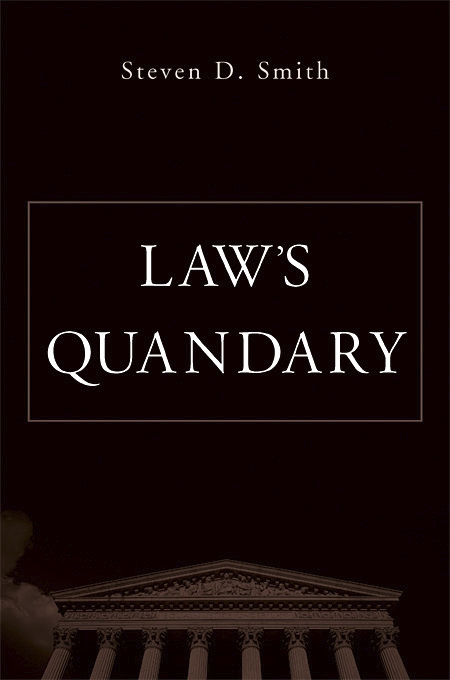 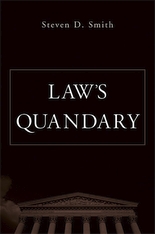 This lively book reassesses a century of jurisprudential thought from a fresh perspective, and points to a malaise that currently afflicts not only legal theory but law in general. Steven Smith argues that our legal vocabulary and methods of reasoning presuppose classical ontological commitments that were explicitly articulated by thinkers from Aquinas to Coke to Blackstone, and even by Joseph Story. But these commitments are out of sync with the world view that prevails today in academic and professional thinking. So our law-talk thus degenerates into “just words”—or a kind of nonsense.

The diagnosis is similar to that offered by Holmes, the Legal Realists, and other critics over the past century, except that these critics assumed that the older ontological commitments were dead, or at least on their way to extinction; so their aim was to purge legal discourse of what they saw as an archaic and fading metaphysics. Smith’s argument starts with essentially the same metaphysical predicament but moves in the opposite direction. Instead of avoiding or marginalizing the “ultimate questions,” he argues that we need to face up to them and consider their implications for law.