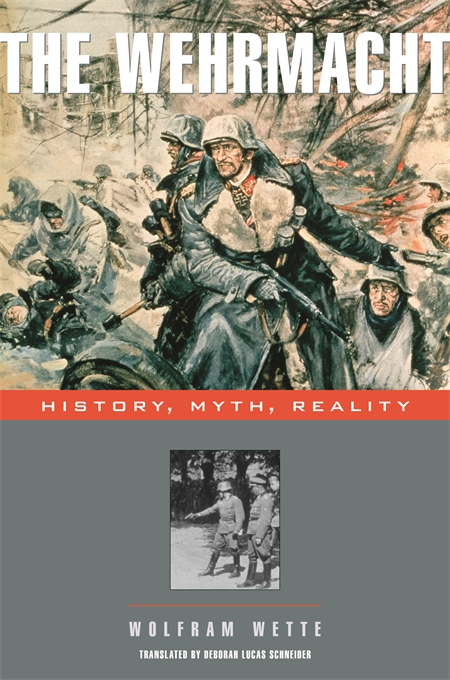 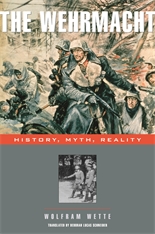 This book is a profound reexamination of the role of the German army, the Wehrmacht, in World War II. Until very recently, the standard story avowed that the ordinary German soldier in World War II was a good soldier, distinct from Hitler’s rapacious SS troops, and not an accomplice to the massacres of civilians. Wolfram Wette, a preeminent German military historian, explodes the myth of a “clean” Wehrmacht with devastating clarity.

This book reveals the Wehrmacht’s long-standing prejudices against Jews, Slavs, and Bolsheviks, beliefs that predated the prophecies of Mein Kampf and the paranoia of National Socialism. Though the sixteen-million-member German army is often portrayed as a victim of Nazi mania, we come to see that from 1941 to 1944 these soldiers were thoroughly involved in the horrific cleansing of Russia and Eastern Europe. Wette compellingly documents Germany’s long-term preparation of its army for a race war deemed necessary to safeguard the country’s future; World War II was merely the fulfillment of these plans, on a previously unimaginable scale.

This sober indictment of millions of German soldiers reaches beyond the Wehrmacht’s complicity to examine how German academics and ordinary citizens avoided confronting this difficult truth at war’s end. Wette shows how atrocities against Jews and others were concealed and sanitized, and history rewritten. Only recently has the German public undertaken a reevaluation of this respected national institution—a painful but necessary process if we are to truly comprehend how the Holocaust was carried out and how we have come to understand it.