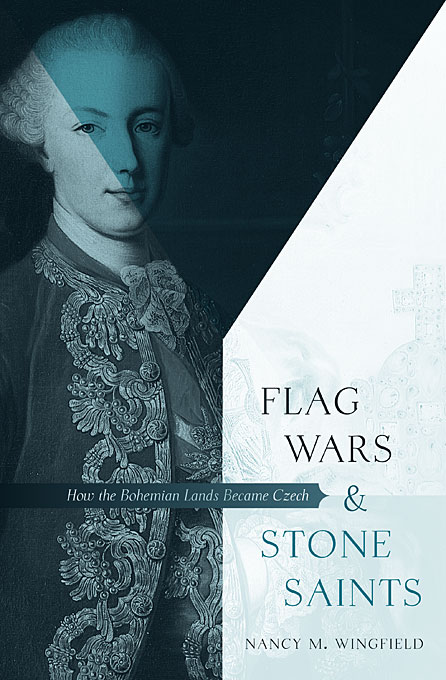 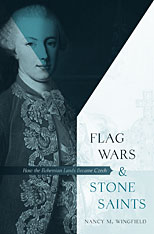 How the Bohemian Lands Became Czech

“Wingfield’s approach is that of cultural history, and she uses the clashing images of Emperor Joseph II, the mobilization of competing historical figures, the battle over language laws, the decimation of opposing symbols, and the way World War II’s dead were memorialized to frame afresh otherwise familiar political history.”—Robert Legvold, Foreign Affairs

“In making an approach from cultural history, the book does offer new insights into the hardening of national communities in the Bohemian Lands. The book also lifts the curtain on new scenes; Brunn/Brno, Eger/Cheb, Ausslq/Ustlnad Labem, and other sites in Bohemia and Moravia feature prominently. Based impressively on archives and periodicals in these varied locations, as well as records of imperial and republican ministries, the book places the more familiar histories of Prague and Budweis/Budejovice into proper context, presenting parallel and sometimes sequential episodes of nationalist antagonism across the region… The book’s attention to material culture and especially to the spatial motives of nationalists suggests directions that students of nationalism might pursue in the future.”—Bruce Bergland, H-Net

“An interesting and valuable sociocultural history of nationalism, one that brings several recent theoretical approaches to bear to show how culture transformed the multiple (confessional, class, and so on) identities Bohemians, Moravians, and Silesians bore in the mid-nineteenth century into unified Czech or German ones… An important contribution to our knowledge of East Central European history… Most importantly, Wingfield demonstrates how national sensibilities spread throughout the society—from bourgeois, liberal men, increasingly to women, workers, small-town dwellers, and peasants/farmers—until national enmity permeated it.”—Bradley F. Abrams, Austrian History Yearbook

“Specialists will find this book an inspiration for their own research, and a valuable resource on the cultural manifestations of identity at a crucial turning-point in the modern history of Central Europe.”—Claire Nolte, Austrian Studies Newsletter

“Nancy M. Wingfield writes with verve about a subject of which she knows a great deal… Wingfield has written a good account of that crucial and controversial topic, the nationalist coveting and assumption of public spaces in disputed national territory.”—Maria Dowling, Slavic and Eastern Europe Review

“Wingfield has produced an admirable book tracing the construction of Czech nationality in the Bohemian lands from ca. 1881 to the present. Following the now-dominant paradigm that nationality is not innate but created by nationalists, the book shows how Germans and Czechs in Bohemia and Moravia used culture—from statues of Emperor Joseph II to battles over language in education to protests over German-language talkies in the 1930s—to assert national dominance… A convincing if necessarily fragmentary narrative of the process of ethnic homogenization based on impressive research in the periodical press and Czech archives. The book is a significant contribution to the understanding of nationalism and national culture in east-central Europe.”—T. R. Weeks, Choice

“Wingfield effectively illuminates the process of ‘becoming national’ in the Czech lands in a lively study that enriches our understanding of how nationalism secured its victory. She sheds useful light on the roots of the antagonism between Czechs and Germans and uncovers the role this story played in preparing Czechoslovakia for the victory of the communists after World War II.”—Hugh L. Agnew, George Washington University

“This ambitious and engaging work uses an innovative cultural approach to explore the Czech-German grassroots relationship in the Bohemian lands. Wingfield is particularly strong on the role of memory and public space in defining and sustaining national antagonism in central Europe.”—Mark Cornwall, University of Southampton