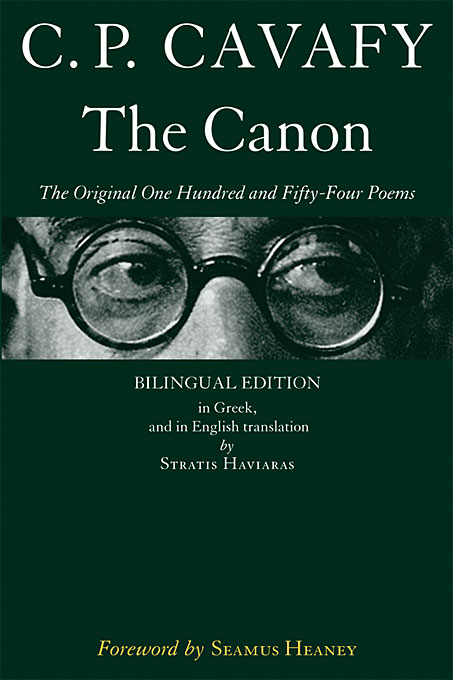 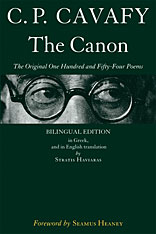 The Original One Hundred and Fifty-Four Poems

This volume of 154 poems by Constantine Cavafy is the entire body of work by the artist widely considered a master of modern Greek poetry. Published only privately during his lifetime, Cavafy’s poems achieved international acclaim when writers such as E. M. Forster, Laurence Durrell, T. S. Eliot, and W. H. Auden brought his work to a worldwide audience.

Cavafy was a poet of Alexandria, the city of his birth and his home throughout his adult life. At the confluence of many histories—Greek, Egyptian, Byzantine, modern European—and many religions, the city provided endless inspiration for his brief, intimate portraits of individuals, historic and contemporary, real and imagined. Homoerotic desire, artistic longing, and a nostalgic fatalism suffuse the subjects he examined and laid bare, without metaphor or simile, in free iambic verse.

Published here in the original Greek, with a new English translation by the noted poet Stratis Haviaris on each facing page, and with a foreword by Seamus Heaney, The Canon is Cavafy, familiar and fresh, seen through new eyes, yet instantly recognized: “the Greek gentleman in a straw hat,” as Forster called him, “standing absolutely motionless at a slight angle to the universe.”