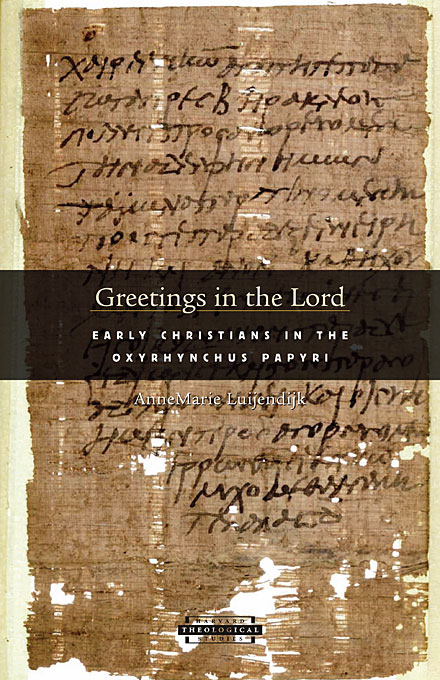 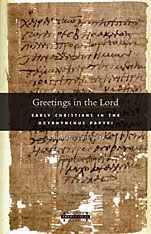 Greetings in the Lord

Early Christians in the Oxyrhynchus Papyri

This is the first book-length study on Christians in the ancient Egyptian city of Oxyrhynchus, the site where some of the most important and oldest fragments of early Christian books were unearthed.

Bringing the people in dry papyrus letters and documents back to life, the book reveals how Christians lived in this city in different contexts and situations. In the first part, the image of the city’s marketplace functions to address questions of Christian identity in the public sphere. The second part features a man called Sotas, bishop of Oxyrhynchus in the third century, as he is busy networking with other Christian communities, involved in teaching, book production, and fund-raising. The third part, focusing on evidence of the persecution of Christians, reveals the far-reaching power and pervasiveness of Roman bureaucracy. We learn that Christians negotiated their identity through small acts of resistance against the imperial decrees.

The papyrus letters and documents discussed in this book offer sometimes surprising insights into the everyday lives of Christians in the third and early fourth century and nuance our understanding of Christianity in this period. It is the mundane aspects of everyday life that make these papyrus documents so fascinating.