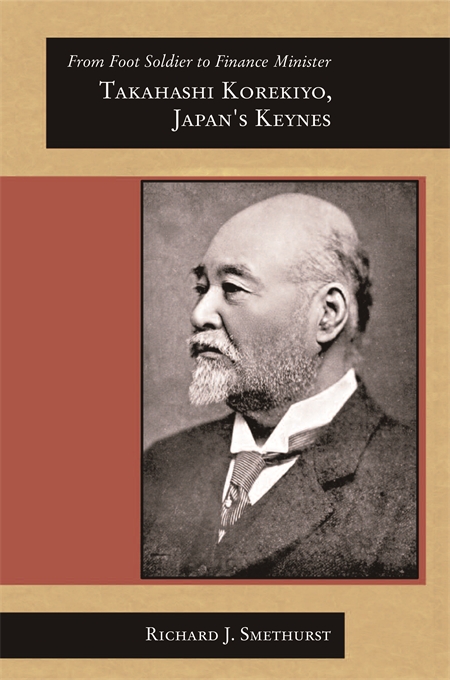 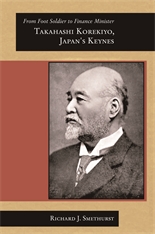 From Foot Soldier to Finance Minister

From his birth in the lowest stratum of the samurai class to his assassination at the hands of right-wing militarists, Takahashi Korekiyo (1854–1936) lived through tumultuous times that shaped the course of modern Japanese history. Takahashi is considered “Japan’s Keynes” in many circles because of the forward-thinking (and controversial) fiscal and monetary policies—including deficit financing, currency devaluation, and lower interest rates—that he implemented to help Japan rebound from the Great Depression and move toward a modern economy.

Richard J. Smethurst’s engaging biography underscores the profound influence of the seven-time finance minister on the political and economic development of Japan by casting new light on Takahashi’s unusual background, unique talents, and singular experiences as a charismatic and cosmopolitan financial statesman.

Along with the many fascinating personal episodes—such as working as a houseboy in California and running a silver mine in the Andes—that molded Takahashi and his thinking, the book also highlights four major aspects of Takahashi’s life: his unorthodox self-education, his two decades of service at the highest levels of government, his pathbreaking economic and political policies before and during the Depression, and his efforts to stem the rising tide of militarism in the 1930s. Deftly weaving together archival sources, personal correspondence, and historical analysis, Smethurst’s study paints an intimate portrait of a key figure in the history of modern Japan.