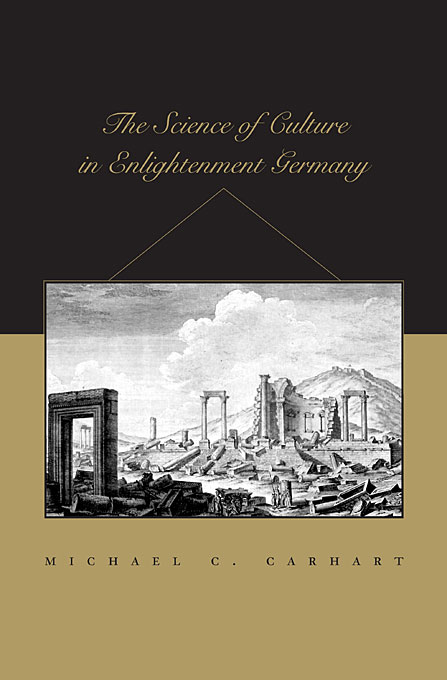 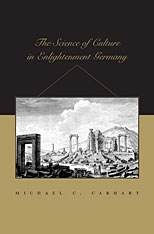 The Science of Culture in Enlightenment Germany

In the late 1770s, as a wave of revolution and republican unrest swept across Europe, scholars looked with urgency on the progress of European civilization. The question of social development was addressed from Edinburgh to St. Petersburg, with German scholars, including C. G. Heyne, Christoph Meiners, and J. G. Eichhorn, at the center of the discussion.

Michael Carhart examines their approaches to understanding human development by investigating the invention of a new analytic category, “culture.” In an effort to define human nature and culture, scholars analyzed ancient texts for insights into language and the human mind in its early stages, together with writings from modern travelers, who provided data about various primitive societies. Some scholars began to doubt the existence of any essential human nature, arguing instead for human culture. If language was the vehicle of reason, what did it mean that all languages were different? Were rationality and virtue universal or unique to a given nation?

In this scholarship lie the roots of anthropology, sociology, and classical philology. Dissecting the debates over nature versus culture in Enlightenment Europe, Carhart offers a valuable contribution to cultural and intellectual history and the history of the human sciences.