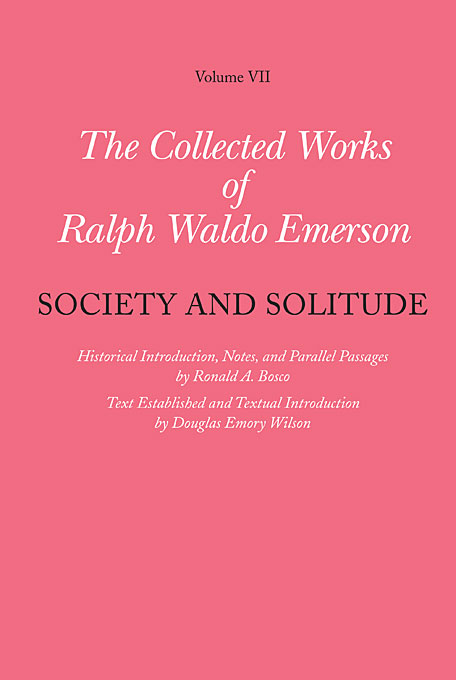 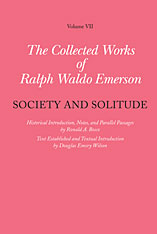 Society and Solitude, published in 1870, was the first collection of essays Ralph Waldo Emerson had put into press since The Conduct of Life ten years earlier. Of the twelve essays included in the volume, he had previously published seven in whole or in part: “Society and Solitude,” “Civilization,” “Art,” “Eloquence,” “Domestic Life,” “Books,” and “Old Age.” Emerson added five previously unpublished lectures or essays, “Works and Days,” “Clubs,” “Courage,” “Success,” and “Farming.”

This edition is based on Emerson’s holograph manuscripts and published sources. The text incorporates corrections and revisions he recorded in both sources, and thus restores for the reader the text he actually wrote. Although he is still visibly the insistent optimist of his early and middle career, here Emerson assumes a more pragmatic attitude than formerly toward the life of the mind and the imagination. Society and Solitude captures the penultimate expression of Emersonian Transcendentalism and Romanticism.