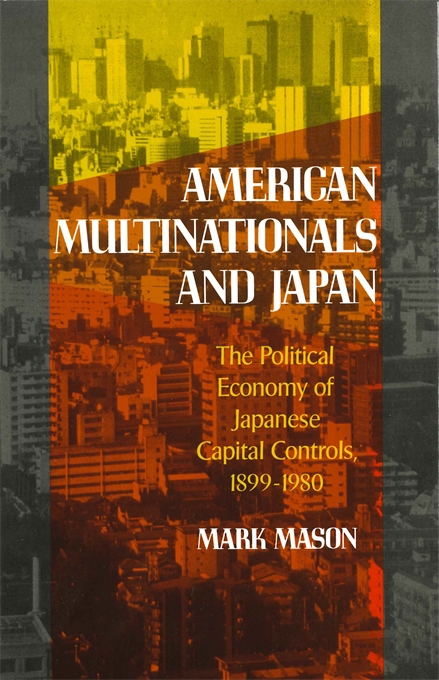 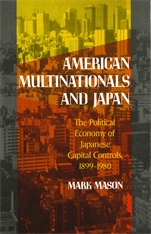 This pioneering study of United States direct investment in Japan will interest academic specialists, business managers, and government policymakers in America, Japan, and elsewhere. Drawing on rich historical materials from both sides of the Pacific, including corporate records and government documents never before made public, Mason examines the development of both Japanese policy towards foreign investment and the strategic responses of American corporations. This history is related in part through original case studies of Coca-Cola, Dow Chemical, Ford, General Motors, International Business Machines, Motorola, Otis Elevator, Texas Instruments, Western Electric, and Victor Talking Machine.

The book seeks to explain why s little foreign direct investment has entered modern Japan. In contrast to the widely held view that emphasizes an alleged lack of effort on the part of foreign corporations, this study finds that Japanese restrictions merit greater attention. Many analysts of the modern Japanese political economy identify the Japanese government as the key actor in initiating such restrictions. Mason finds that the influence of Japanese business has often proved more potent than these analysts suggest. This book offers fresh insights into both the operation of the modern Japanese political economy and of its relations with the world economy.