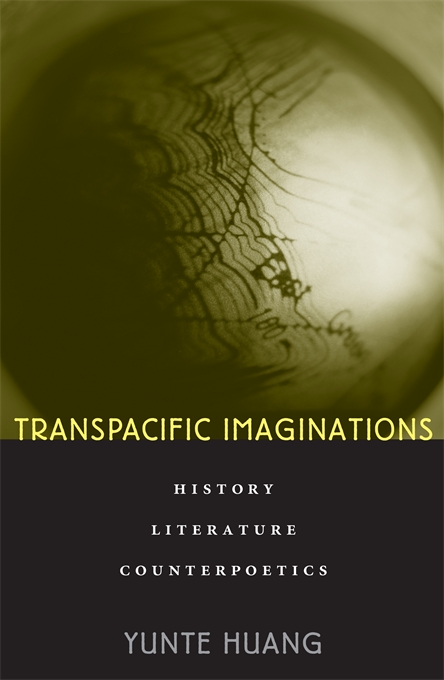 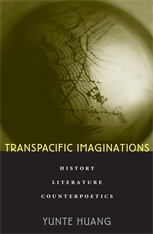 “This is a splendid, sharp, and trenchantly coherent study that will make an important intervention into American cultural studies, trans-Pacific Asia studies, and ethnic minority studies in ways that will alter how we now understand global and local dimensions of the American nation and Asia area-based disciplinary formations. Huang writes with disciplinary range and critical lucidity as well as an elegance of theoretical formulation that cannot be denied. Exploring a range of unexpected topics from Captain Ahab’s collections to Angel Island poems to the faux-Hiroshima dossier of Yasusada, Transpacific Imaginations is an outstanding work in all respects.”—Rob Wilson, author of Reimagining the American Pacific and American Sublime

“Transpacific Imaginations is an extraordinary study. It’s hard to recall another book that covers a wider and more uneven discursive terrain than this one. The best way to describe the manuscript, perhaps, is to appropriate one of its own central metaphors: collection. This is a wonderful addition to the emerging field of transpacific studies.”—Wen Jin, Assistant Professor of English and Comparative Literature, Columbia University

“Huang’s book breaks new ground. Its desire to highlight the Pacific and its argument that the Pacific forms American literature more than is often acknowledged is both unusual and crucial and convincing. It covers old territory in news ways, and it brings attention to newish territory. Transpacific Imaginations will be a valuable asset to those interested in Pacific studies, Asian-American literature, and poetics.”—Juliana Spahr, author of This Connection of Everyone with Lungs: Poems

“From the wake of a great white whale to the flatness of internment camp conversation, from commercial inventories to contemporary lyrics haunted by inauthenticity, Yunte Huang’s Transpacific Imaginations shows that ocean to be a criss-crossing field of inscriptions. Reading them together, in their intersection, is his task here. It is a book not easily put back in its bottle.”—Haun Saussy, Yale University