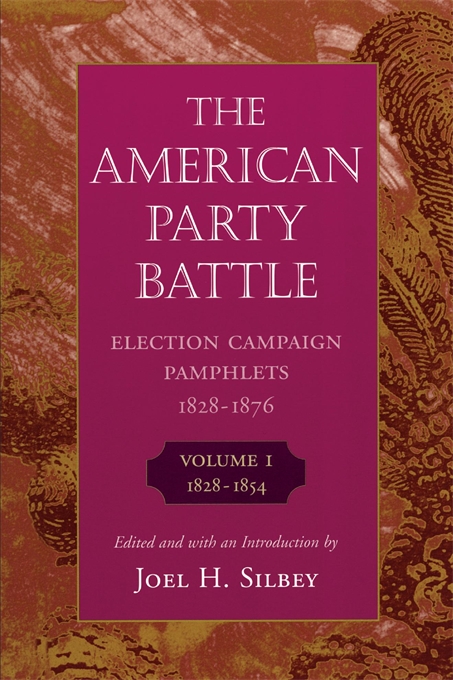 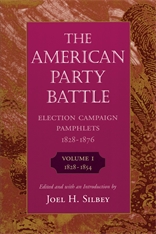 The nineteenth century was the heyday of furious contention between American political parties, and Joel Silbey has recaptured the drama and substance of those battles in a representative sampling of party pamphlets. Political parties mapped the landscape of electoral and ideological warfare, constructing images of themselves and of their adversaries that resonate and echo the basic characteristics of America’s then reigning sets of ideas. The nature of political controversy, as well as the substance of politics, is embedded in these party documents which both united and divided Americans. Unlike today’s party platforms, these pamphlets explicated real issues and gave insight into the society at large. Andrew Jackson’s Democrats, Millard Fillmore’s Whigs, Abraham Lincoln’s Republicans, and other, lesser-known parties are represented here. The pamphlets demonstrate how, for this fifty-year period, political parties were surrogates for American demands and values. Broad in scope, widely circulated, catalysts for heated debate over the decades, these pamphlets are important documents in the history of American politics.

In an excellent Introduction, Silbey teases out and elucidates the themes each party stressed and took as its own in its fight for the soul of the nation.