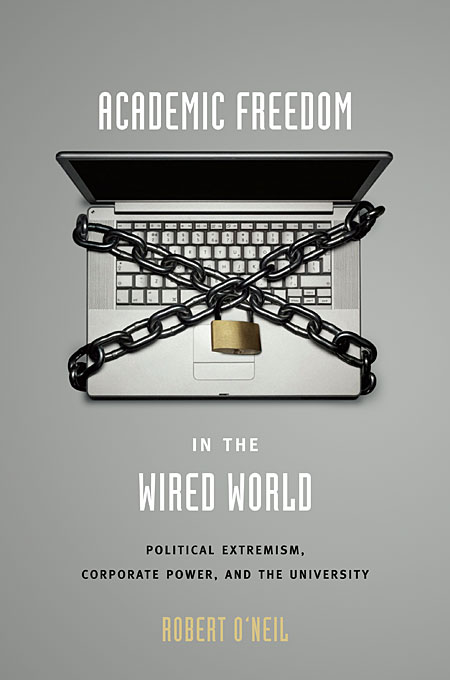 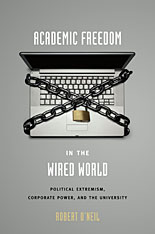 Academic Freedom in the Wired World

“Academic freedom now confronts new challenges with the rise of new technologies (web pages, etc.), national security concerns, the politicization of higher education, both inside and outside of the academy, and the growing penetration of corporate, business, and government interests. This book is the first to describe—clearly, fairly, and astutely—the many different contexts in which problems of academic freedom appear, and the critical tensions between institutional and individual freedom. Robert O’Neil writes from a lifetime of experience, as professor, university president, and founder of a free speech think tank. He was an early and vociferous critic of speech codes and other policies that suppressed the speech of conservative faculty members and students, and he and his book do not flinch in supporting the academic freedom rights of all, including the politically incorrect. A book this broad and clear will be invaluable to anyone attempting to disentangle claims of academic freedom and its complexities.”—Donald A. Downs, University of Wisconsin