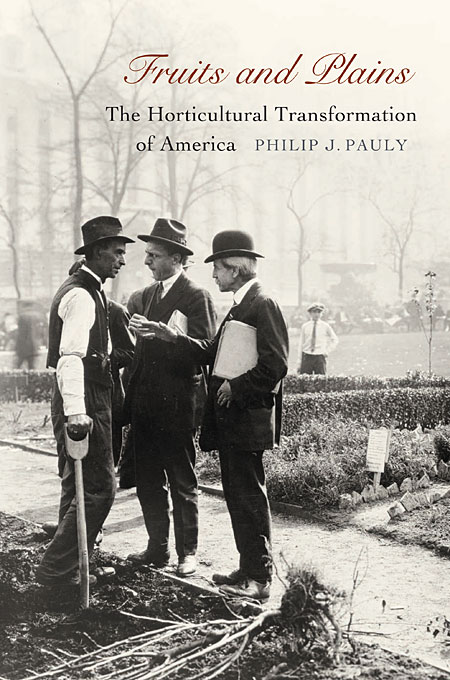 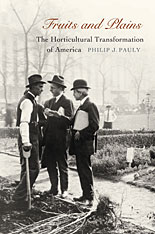 The Horticultural Transformation of America

“Eye-opening… Fruits and Plains is skilled, authoritative, insightful, and original, a pioneering exploration of innovation in American horticulture and its relationship to the natural environment during the two centuries or so that preceded the recent emergence of agricultural biotechnology. It merits a prime place in the growing historical literature concerning the linked subjects of agricultural development, agribusiness, the environment, biological science, food, and globalization.”—Daniel J. Kevles, The New York Review of Books

“Fruits and Plains adopts a novel approach to the history of contemporary restoration ecology and modern concerns about invasive species in America. Rather than view these practices as new developments in ecology and conservation biology, Philip Pauly shows how they can be seen as the culmination of a 200-year history of horticultural practice in the United States.”—Sharon Kingsland, Science

“Although the book is a scholarly history, the author’s engaging style makes it a pleasure to read… This work is valuable for botanists and historians.”—L. W. Roberts, Choice

“Philip Pauly wants us to take the history of American Horticulture seriously, both to better understand the past and to more effectively meet the challenges of the present, as in the problem of pest control and the quandaries of ecological restoration. His arguments are thoughtful, creative, and his cases carefully researched. I was consistently enlightened on a number of fronts, from the debates over foresting the prairies to Harriet Beecher Stowe’s interest in Florida as a moral landscape, to the battle over the Hessian fly. One of the striking virtues of the text is Pauly’s seeming indefatigability in viewing his topic from multiple angles, almost as if he were a team of researchers rather than a single scholar. He has unearthed an impressive amount of primary sources that have scarcely been touched before, and juxtaposed the vagaries of climate and place, flora and fauna, the human and the artificial in ways that maintain a clear narrative thread in the face of a daunting multiplicity that is an impressive accomplishment. There will be many such as myself who will wish that this book had been available a decade or more ago. Fruits and Plains offers new perspectives that will stimulate much further interest, expanding its influence for some time to come.”—Katherine Pandora, University of Oklahoma, author of the blog Petri Dish