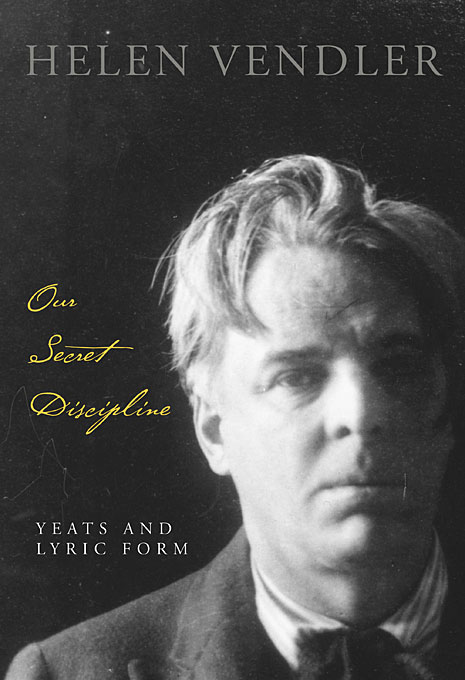 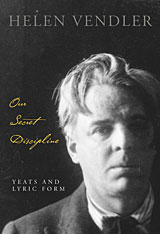 The fundamental difference between rhetoric and poetry, according to Yeats, is that rhetoric is the expression of one’s quarrels with others while poetry is the expression (and sometimes the resolution) of one’s quarrel with oneself. This is where Helen Vendler’s Our Secret Discipline begins. Through exquisite attention to outer and inner forms, Vendler explores the most inventive reaches of the poet’s mind. This book is a space-clearing gesture, an attempt to write about lyric forms in Yeats in unprecedented and comprehensive ways. The secret discipline of the poet is his vigilant attention to forms—whether generic, structural, or metrical. Yeats explores the potential of such forms to give shape and local habitation to volatile thoughts and feelings.

Helen Vendler remains focused on questions of singular importance: Why did Yeats cast his poems into the widely differing forms they ultimately took? Can we understand Yeats’s poetry better if we pay attention to inner and outer lyric form? Chapters of the book take up many Yeatsian ventures, such as the sonnet, the lyric sequence, paired poems, blank verse, and others. With elegance and precision, Vendler offers brilliant insights into the creative process and speculates on Yeats’s aims as he writes and rewrites some of the most famous poems in modern literature.