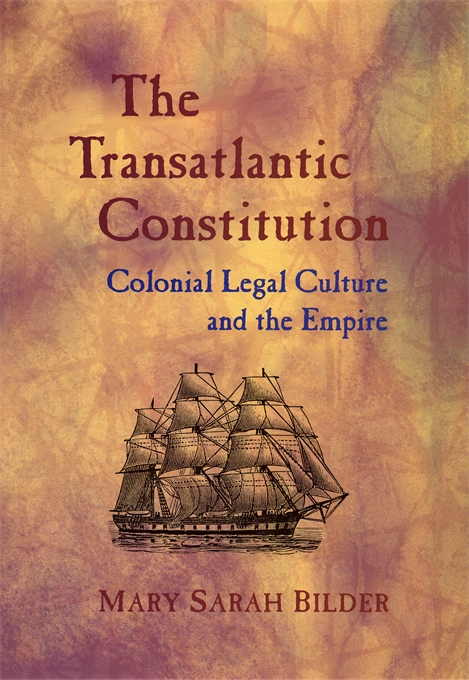 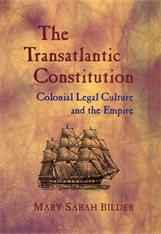 Colonial Legal Culture and the Empire

Departing from traditional approaches to colonial legal history, Mary Sarah Bilder argues that American law and legal culture developed within the framework of an evolving, unwritten transatlantic constitution that lawyers, legislators, and litigants on both sides of the Atlantic understood. The central tenet of this constitution—that colonial laws and customs could not be repugnant to the laws of England but could diverge for local circumstances—shaped the legal development of the colonial world.

Focusing on practices rather than doctrines, Bilder describes how the pragmatic and flexible conversation about this constitution shaped colonial law: the development of the legal profession; the place of English law in the colonies; the existence of equity courts and legislative equitable relief; property rights for women and inheritance laws; commercial law and currency reform; and laws governing religious establishment. Using as a case study the corporate colony of Rhode Island, which had the largest number of appeals of any mainland colony to the English Privy Council, she reconstructs a largely unknown world of pre-Constitutional legal culture.