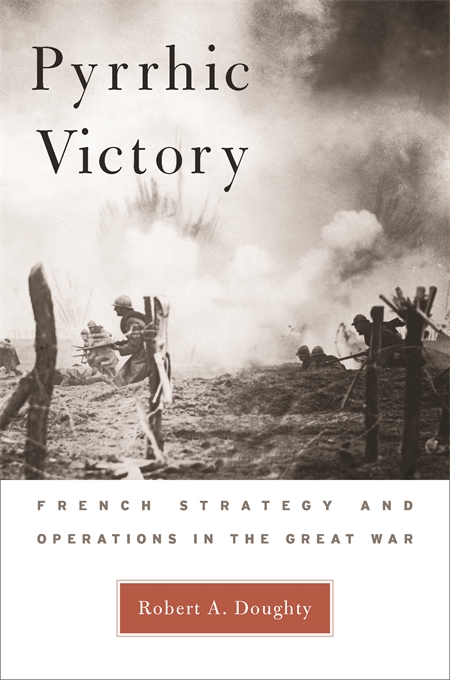 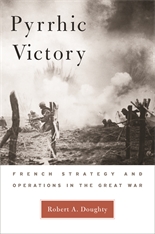 French Strategy and Operations in the Great War

As the driving force behind the Allied effort in World War I, France willingly shouldered the heaviest burden. In this masterful book, Robert Doughty explains how and why France assumed this role and offers new insights into French strategy and operational methods.

French leaders, favoring a multi-front strategy, believed the Allies could maintain pressure on several fronts around the periphery of the German, Austrian, and Ottoman empires and eventually break the enemy’s defenses. But France did not have sufficient resources to push the Germans back from the Western Front and attack elsewhere. The offensives they launched proved costly, and their tactical and operational methods ranged from remarkably effective to disastrously ineffective.

Using extensive archival research, Doughty explains why France pursued a multi-front strategy and why it launched numerous operations as part of that strategy. He also casts new light on France’s efforts to develop successful weapons and methods and the attempts to use them in operations.

An unparalleled work in French or English literature on the war, Pyrrhic Victory is destined to become the standard account of the French army in the Great War.