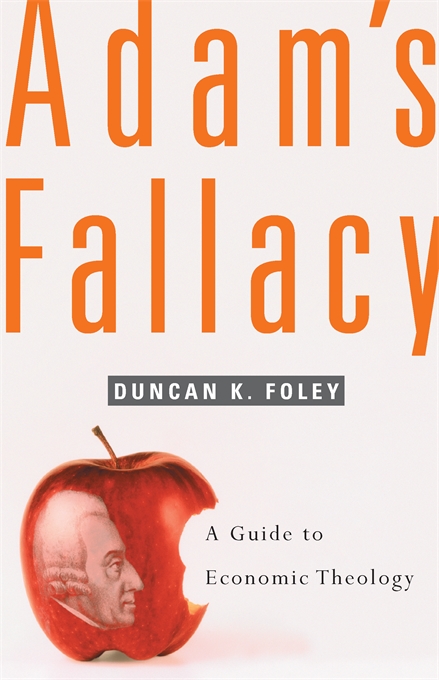 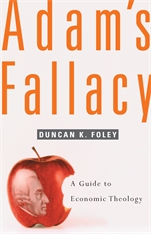 A Guide to Economic Theology

This book could be called “The Intelligent Person’s Guide to Economics.” Like Robert Heilbroner’s The Worldly Philosophers, it attempts to explain the core ideas of the great economists, beginning with Adam Smith and ending with Joseph Schumpeter. In between are chapters on Thomas Malthus, David Ricardo, Karl Marx, the marginalists, John Maynard Keynes, Friedrich Hayek, and Thorstein Veblen. The title expresses Duncan Foley’s belief that economics at its most abstract and interesting level is a speculative philosophical discourse, not a deductive or inductive science. Adam’s fallacy is the attempt to separate the economic sphere of life, in which the pursuit of self-interest is led by the invisible hand of the market to a socially beneficial outcome, from the rest of social life, in which the pursuit of self-interest is morally problematic and has to be weighed against other ends.

Smith and his successors argued that the market and the division of labor that is fostered by it result in tremendous gains in productivity, which lead to a higher standard of living. Yet the market does not address the problem of distribution—that is, how is the gain in wealth to be divided among the classes and members of society? Nor does it address such problems as the long-run well-being of the planet.

Adam’s Fallacy is beautifully written and contains interesting observations and insights on almost every page. It will engage the reader’s thoughts and feelings on the deepest level.