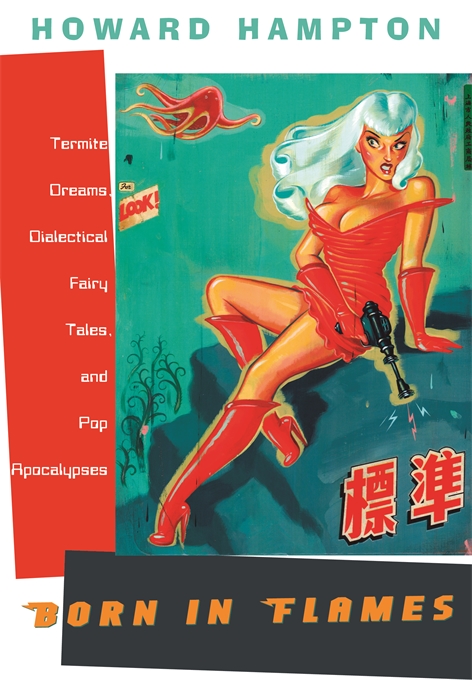 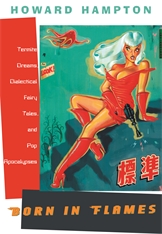 Twenty years as an outsider scouring the underbelly of American culture has made Howard Hampton a uniquely hard-nosed guide to the heart of pop darkness. Bridging the fatalistic, intensely charged space between Apocalypse Now Redux and Nirvana’s “Smells Like Teen Spirit,” his writing breaks down barriers of ignorance and arrogance that have segregated art forms from each other and often from the world at large.

In the freewheeling spirit of Pauline Kael, Lester Bangs, and Manny Farber, Hampton calls up the extremist, underground tendencies and archaic forces simmering beneath the surface of popular forms. Ranging from the kinetic poetry of Hong Kong cinema and the neo–New Wave energy of Irma Vep to the punk heroines of Sleater-Kinney and Ghost World, Born in Flames plays odd couples off one another: pitting Natural Born Killers against Forrest Gump, contrasting Jean-Luc Godard with Steven Spielberg, defending David Lynch against aesthetic ideologues, invoking The Curse of the Mekons against Fredric Jameson’s Postmodernism, and introducing D. H. Lawrence to Buffy the Vampire Slayer. “We are born in flames,” sang the incandescent Lora Logic, and here those flames are a source of illumination as well as destruction, warmth as well as consumption.

From the scorched-earth works of action-movie provocateurs Seijun Suzuki and Sam Peckinpah to the cargo cult soundscapes of Pere Ubu and the Czech dissidents Plastic People of the Universe, Born in Flames is a headlong plunge into the passions and disruptive power of art.