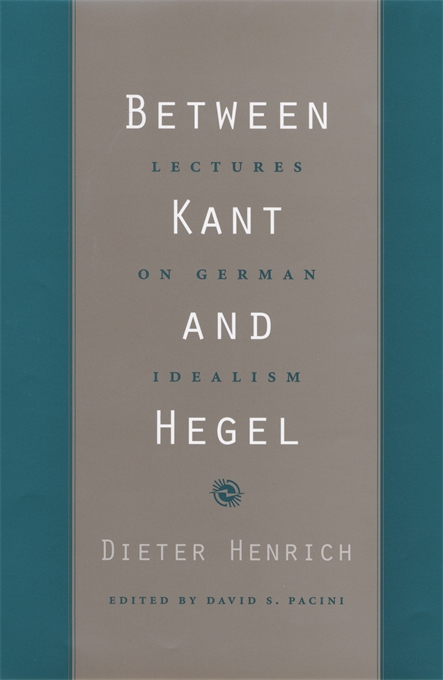 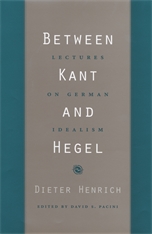 Between Kant and Hegel

Electrifying when first delivered in 1973, legendary in the years since, Dieter Henrich’s lectures on German Idealism were the first contact a major German philosopher had made with an American audience since the onset of World War II. They remain one of the most eloquent explanations and interpretations of classical German philosophy and of the way it relates to the concerns of contemporary philosophy. Thanks to the editorial work of David Pacini, the lectures appear here with annotations linking them to editions of the masterworks of German philosophy as they are now available.

Henrich describes the movement that led from Kant to Hegel, beginning with an interpretation of the structure and tensions of Kant’s system. He locates the Kantian movement and revival of Spinoza, as sketched by F. H. Jacobi, in the intellectual conditions of the time and in the philosophical motivations of modern thought. Providing extensive analysis of the various versions of Fichte’s Science of Knowledge, Henrich brings into view a constellation of problems that illuminate the accomplishments of the founders of Romanticism, Novalis and Friedrich Schlegel, and of the poet Hölderlin’s original philosophy. He concludes with an interpretation of the basic design of Hegel’s system.