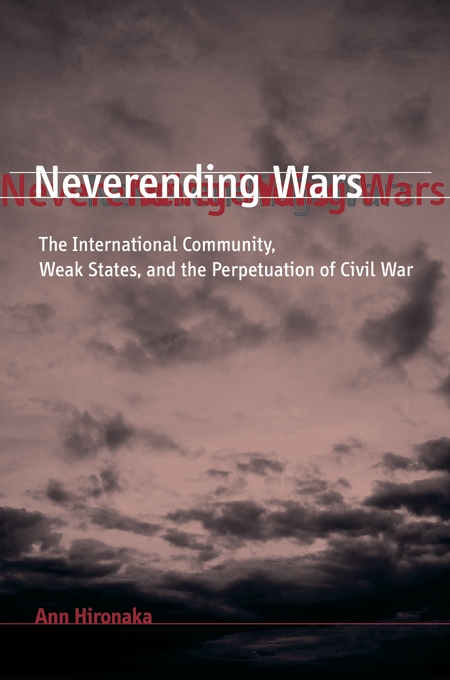 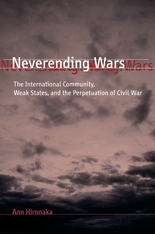 The International Community, Weak States, and the Perpetuation of Civil War

Since 1945, the average length of civil wars has increased three-fold. What can explain this startling fact? It can’t be ethnic hatreds and injustices—these have been around for centuries. In Neverending Wars, Ann Hironaka points to the crucial role of the international community in propping up many new and weak states that resulted from the decolonization movement after World War II. These impoverished states are prone to conflicts and lack the necessary resources to resolve them decisively. International aid and external military intervention from the international community often perpetuate such conflicts. And the Cold War further exacerbated the problem by providing large amounts of military aid. The continual infusion of weapons and resources can prolong such wars indefinitely.

This timely book will provide an entirely new way to look at recent, vicious civil wars, failed states, and the terrorist movements that emerge in their wake.