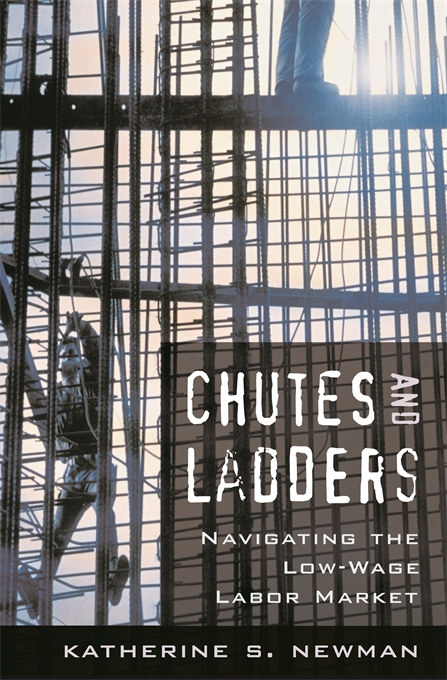 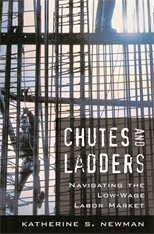 Now that the welfare system has been largely dismantled, the fate of America’s poor depends on what happens to them in the low-wage labor market. In this timely volume, Katherine S. Newman explores whether the poorest workers and families benefited from the tight labor markets and good economic times of the late 1990s. Following black and Latino workers in Harlem, who began their work lives flipping burgers, she finds more good news than we might have expected coming out of a high-poverty neighborhood. Many adult workers returned to school and obtained trade certificates, high school diplomas, and college degrees. Their persistence paid off in the form of better jobs, higher pay, and greater self-respect. Others found union jobs and, as a result, brought home bigger paychecks, health insurance, and a pension. More than 20 percent of those profiled in Chutes and Ladders are no longer poor.

A very different story emerges among those who floundered even in a good economy. Weighed down by family obligations or troubled partners and hindered by poor training and prejudice, these “low riders” moved in and out of the labor market, on and off public assistance, and continued to depend upon the kindness of family and friends.

Supplementing finely drawn ethnographic portraits, Newman examines the national picture to show that patterns around the country paralleled the findings from some of New York’s most depressed neighborhoods. More than a story of the shifting fortunes of the labor market, Chutes and Ladders asks probing questions about the motivations of low-wage workers, the dreams they have for the future, and their understanding of the rules of the game.