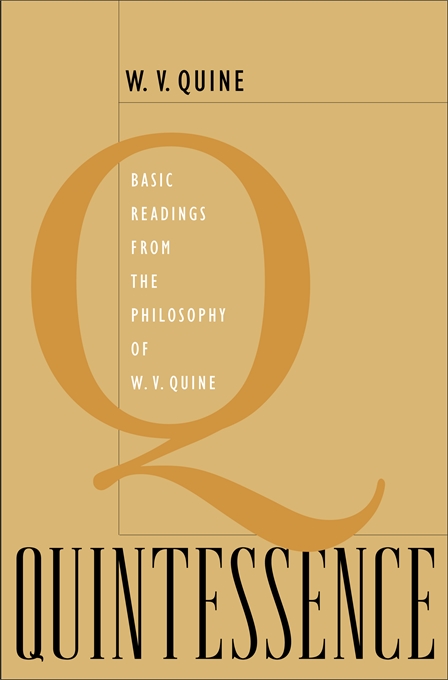 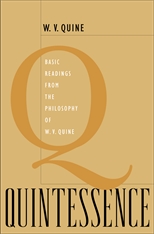 Basic Readings from the Philosophy of W. V. Quine

“This new collection of published essays by Willard van Orman Quine (1908–2000) is presented by its editor, Roger F. Gibson (following a suggestion of Nelson Goodman’s) as a ‘meta-anthology’ or ‘anthology of anthologies,’ that is to say, an anthology of previously anthologized material. It contains twenty-five original essays by Quine that were published, in various venues, over a span of over sixty years in Quine’s career… Quine’s sharpness and lucidity, the depth of his confrontation with the empiricist tradition, as well as the strength of his alternative (physicalist and extensionalist) form of empiricism, come across very clearly… A heart-warming feature of this collection (one which is likely to help the beginner) is the coupling of some of the classical essays of Quine with all their polemical sharpness, to retrospective essays in which a much older (and kinder) Quine reflects on his past accomplishments, sometimes modifying the sharp edges of his polemical arguments, sometimes taking back excessive formulations, and often acknowledging the strength of his one-time opponents’ views or offering words of self-criticism… Although this collections contains materials that are already well anthologized and collected, its distinctiveness and value lies in its bringing together two distinct voices of Quine’s. In so doing it enriches our perspective on one of the most impressive philosophical oeuvres of the twentieth century.”—Isaac Nevo, APA Newsletter on Teaching Philosophy

“Specialists…will be grateful for this well-modulated selection of Quine’s most important essays and articles, which reflect his thinking up to the end of his life.”—Leon H. Brody, Library Journal