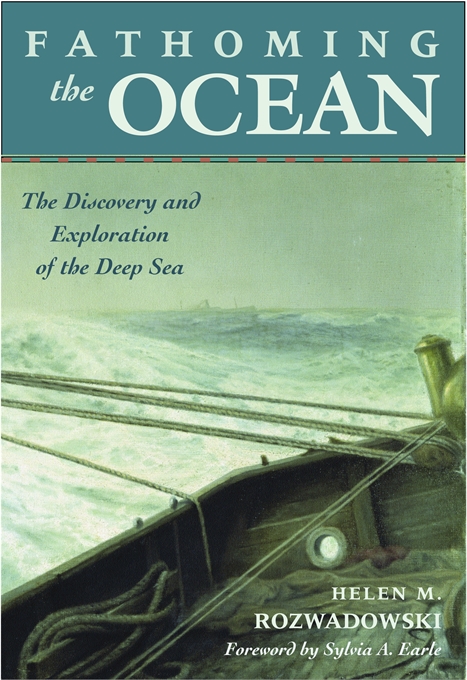 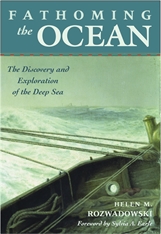 The Discovery and Exploration of the Deep Sea

By the middle of the nineteenth century, as scientists explored the frontiers of polar regions and the atmosphere, the ocean remained silent and inaccessible. The history of how this changed—of how the depths became a scientific passion and a cultural obsession, an engineering challenge and a political attraction—is the story that unfolds in Fathoming the Ocean.

In a history at once scientific and cultural, Helen Rozwadowski shows us how the Western imagination awoke to the ocean’s possibilities—in maritime novels, in the popular hobby of marine biology, in the youthful sport of yachting, and in the laying of a trans-Atlantic telegraph cable. The ocean emerged as important new territory, and scientific interests intersected with those of merchant-industrialists and politicians. Rozwadowski documents the popular crazes that coincided with these interests—from children’s sailor suits to the home aquarium and the surge in ocean travel. She describes how, beginning in the 1860s, oceanography moved from yachts onto the decks of oceangoing vessels, and landlubber naturalists found themselves navigating the routines of a working ship’s physical and social structures.

Fathoming the Ocean offers a rare and engaging look into our fascination with the deep sea and into the origins of oceanography—origins still visible in a science that focuses the efforts of physicists, chemists, geologists, biologists, and engineers on the common enterprise of understanding a vast, three-dimensional, alien space.