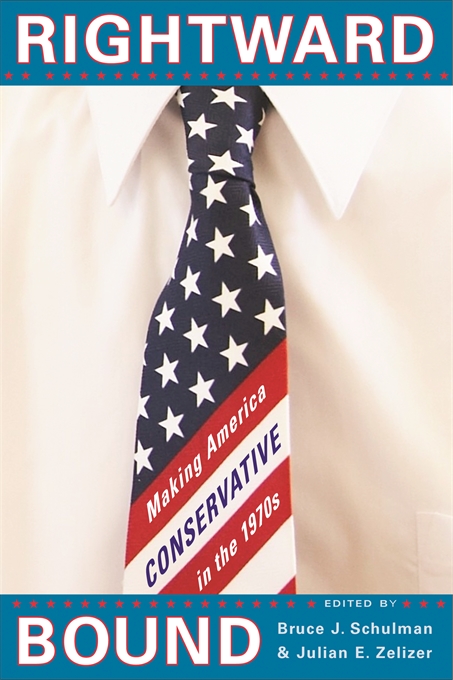 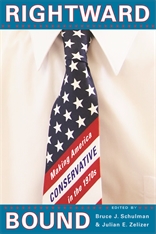 Making America Conservative in the 1970s

Often considered a lost decade, a pause between the liberal Sixties and Reagan’s Eighties, the 1970s were indeed a watershed era when the forces of a conservative counter-revolution cohered. These years marked a significant moral and cultural turning point in which the conservative movement became the motive force driving politics for the ensuing three decades.

Interpreting the movement as more than a backlash against the rampant liberalization of American culture, racial conflict, the Vietnam War, and Watergate, these provocative and innovative essays look below the surface, discovering the tectonic shifts that paved the way for Reagan’s America. They reveal strains at the heart of the liberal coalition, resulting from struggles over jobs, taxes, and neighborhood reconstruction, while also investigating how the deindustrialization of northern cities, the rise of the suburbs, and the migration of people and capital to the Sunbelt helped conservatism gain momentum in the twentieth century. They demonstrate how the forces of the right coalesced in the 1970s and became, through the efforts of grassroots activists and political elites, a movement to reshape American values and policies.

A penetrating and provocative portrait of a critical decade in American history, Rightward Bound illuminates the seeds of both the successes and the failures of the conservative revolution. It helps us understand how, despite conservatism’s rise, persistent tensions remain today between its political power and the achievements of twentieth-century liberalism.