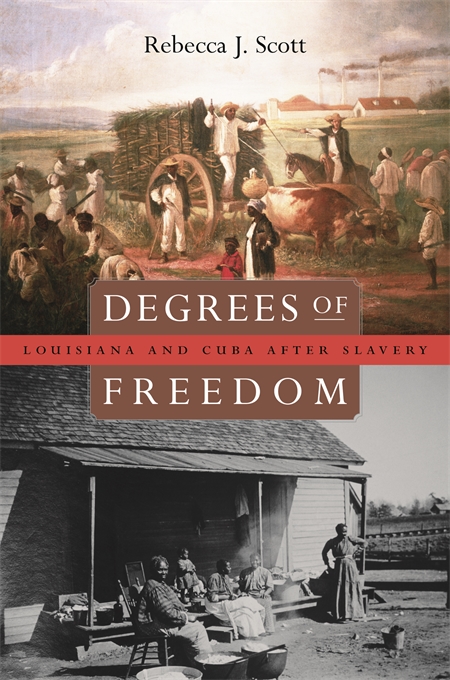 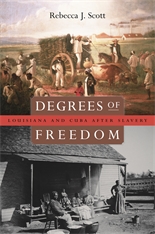 Louisiana and Cuba after Slavery

As Louisiana and Cuba emerged from slavery in the late nineteenth century, each faced the question of what rights former slaves could claim. Degrees of Freedom compares and contrasts these two societies in which slavery was destroyed by war, and citizenship was redefined through social and political upheaval. Both Louisiana and Cuba were rich in sugar plantations that depended on an enslaved labor force. After abolition, on both sides of the Gulf of Mexico, ordinary people—cane cutters and cigar workers, laundresses and labor organizers—forged alliances to protect and expand the freedoms they had won. But by the beginning of the twentieth century, Louisiana and Cuba diverged sharply in the meanings attributed to race and color in public life, and in the boundaries placed on citizenship.

Louisiana had taken the path of disenfranchisement and state-mandated racial segregation; Cuba had enacted universal manhood suffrage and had seen the emergence of a transracial conception of the nation. What might explain these differences?

Moving through the cane fields, small farms, and cities of Louisiana and Cuba, Rebecca Scott skillfully observes the people, places, legislation, and leadership that shaped how these societies adjusted to the abolition of slavery. The two distinctive worlds also come together, as Cuban exiles take refuge in New Orleans in the 1880s, and black soldiers from Louisiana garrison small towns in eastern Cuba during the 1899 U.S. military occupation.

Crafting her narrative from the words and deeds of the actors themselves, Scott brings to life the historical drama of race and citizenship in postemancipation societies.