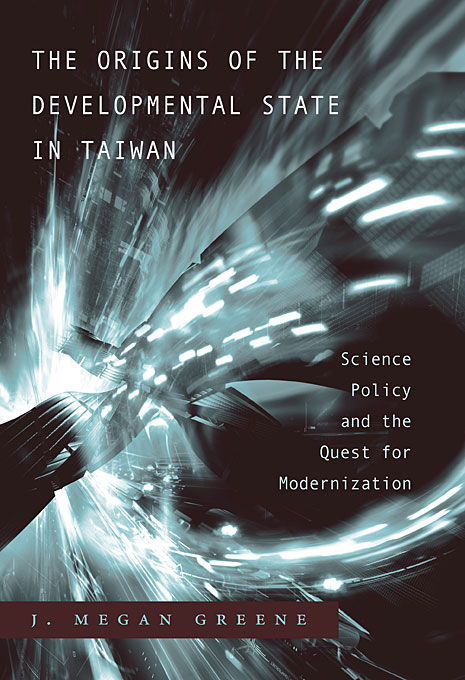 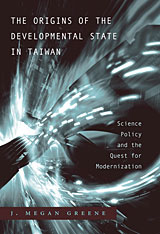 The Origins of the Developmental State in Taiwan

The rapid growth of Taiwan’s postwar “miracle” economy is most frequently credited to the leading role of the state in promoting economic development. Megan Greene challenges this standard interpretation in the first in-depth examination of the origins of Taiwan’s developmental state.

Greene examines the ways in which the Guomindang state planned and promoted scientific and technical development both in mainland China between 1927 and 1949 and on Taiwan after 1949. Using industrial science policy as a lens, she shows that the state, even during its most authoritarian periods, did not function as a monolithic entity. State planners were concerned with maximizing the use of Taiwan’s limited resources for industrial development. Political leaders, on the other hand, were most concerned with the state’s political survival. The developmental state emerged gradually as a result of the combined efforts of technocrats and outsiders, including academicians and foreign advisors. Only when the political leadership put its authority and weight behind the vision of these early planners did Taiwan’s developmental state fully come into being.

In Taiwan’s combination of technocratic expertise and political authoritarianism lie implications for our understanding of changes taking place in mainland China today.