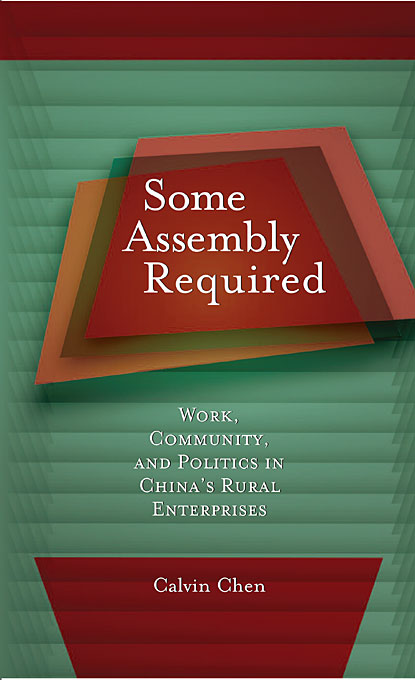 One linchpin of China’s expansion has been township and village enterprises (TVEs), a vast group of firms with diverse modes of ownership and structure. Based on the author’s fieldwork in Zhejiang, this book explores the emergence and success of rural enterprises.

This study also examines how ordinary rural residents have made sense of and participated in the industrialization engulfing them in recent decades. How much does TVE success depend on the ruthless exploitation of workers? How did peasants-turned-workers develop such impressive skills so quickly? To what extent do employees’ values affect the cohesion and operations of companies? And how long can peasant workers sustain these efforts in the face of increasing market competition?

The author argues that the resilience of these factories has as much to do with how authority is defined and how people interact as it does with the ability to generate profits. How social capital was deployed and replenished at critical moments was central to the eventual rise and consolidation of these enterprises as effective, robust institutions. Without mutual respect, company leaders would have found it impossible to improve their firms’ productivity, workplace stability, and long-term viability.