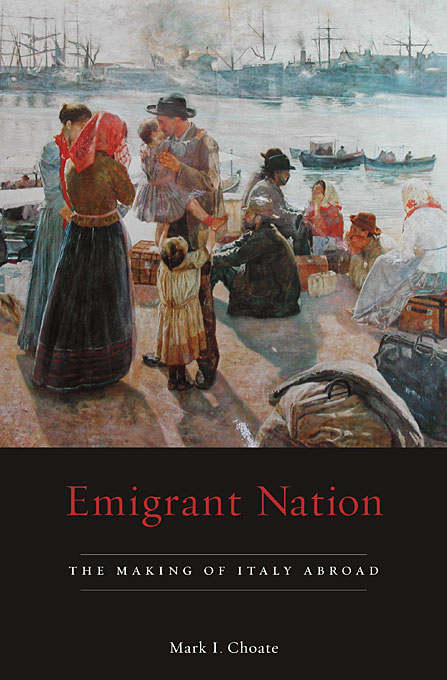 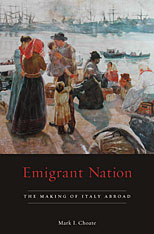 The Making of Italy Abroad

Between 1880 and 1915, thirteen million Italians left their homeland, launching the largest emigration from any country in recorded world history. As the young Italian state struggled to adapt to the exodus, it pioneered the establishment of a “global nation”—an Italy abroad cemented by ties of culture, religion, ethnicity, and economics.

In this wide-ranging work, Mark Choate examines the relationship between the Italian emigrants, their new communities, and their home country. The state maintained that emigrants were linked to Italy and to one another through a shared culture. Officials established a variety of programs to coordinate Italian communities worldwide. They fostered identity through schools, athletic groups, the Dante Alighieri Society, the Italian Geographic Society, the Catholic Church, Chambers of Commerce, and special banks to handle emigrant remittances. But the projects aimed at binding Italians together also raised intense debates over priorities and the emigrants’ best interests. Did encouraging loyalty to Italy make the emigrants less successful at integrating? Were funds better spent on supporting the home nation rather than sustaining overseas connections?

In its probing discussion of immigrant culture, transnational identities, and international politics, this fascinating book not only narrates the grand story of Italian emigration but also provides important background to immigration debates that continue to this day.