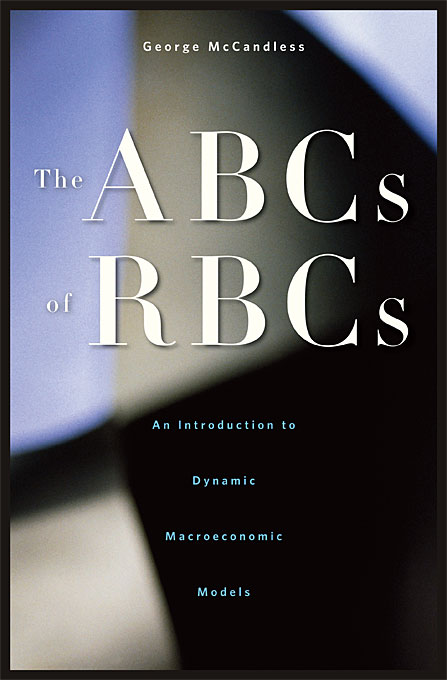 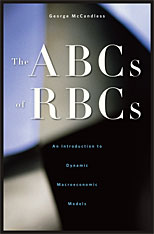 The ABCs of RBCs

An Introduction to Dynamic Macroeconomic Models

The ABCs of RBCs is the first book to provide a basic introduction to Real Business Cycle (RBC) and New-Keynesian models. These models argue that random shocks—new inventions, droughts, and wars, in the case of pure RBC models, and monetary and fiscal policy and international investor risk aversion, in more open interpretations—can trigger booms and recessions and can account for much of observed output volatility.

George McCandless works through a sequence of these Real Business Cycle and New-Keynesian dynamic stochastic general equilibrium models in fine detail, showing how to solve them, and how to add important extensions to the basic model, such as money, price and wage rigidities, financial markets, and an open economy. The impulse response functions of each new model show how the added feature changes the dynamics.

The ABCs of RBCs is designed to teach the economic practitioner or student how to build simple RBC models. Matlab® code for solving many of the models is provided, and careful readers should be able to construct, solve, and use their own models.

In the tradition of the “freshwater” economic schools of Chicago and Minnesota, McCandless enhances the methods and sophistication of current macroeconomic modeling.