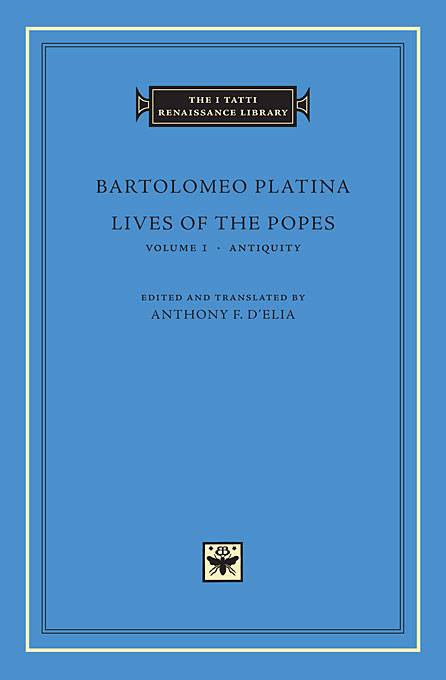 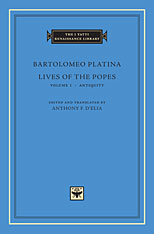 The I Tatti Renaissance Library 30

Lives of the Popes, Volume 1: Antiquity

Bartolomeo Platina (1421–1481), historian, political theorist, and author of a best-selling cookbook, began life as a mercenary soldier and ended it as the head of the Vatican Library. A papal official under the humanist Pope Pius II, he was a member of the humanist academies of Cardinal Bessarion and Pomponio Leto, and was twice imprisoned for conspiring against Pope Paul II. Returning to favor under Pope Sixtus IV, he composed his most famous work, a biographical compendium of the Roman popes from St. Peter down to his own time. The work critically synthesized a wide range of sources and became the standard reference work on papal history for early modern Europe, reprinted dozens of times and translated into a number of languages. A characteristic work of Renaissance humanism, it used Christian antiquity as a standard against which to criticize modern churchmen.

This edition contains the first complete translation into English and an improved Latin text. Volume 1, the first of a projected four, covers the period from the founding of the church through AD 461.